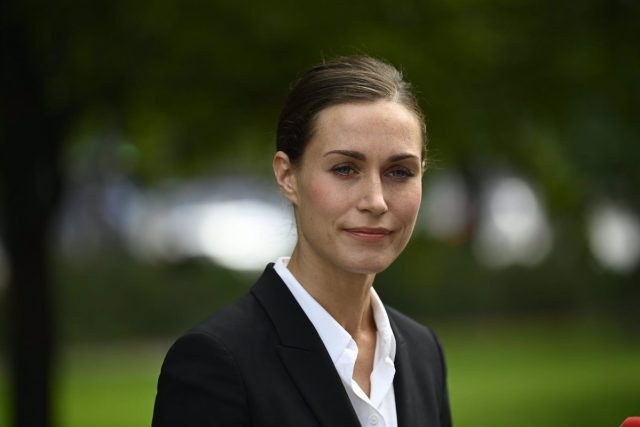 The Prime Minister of Finland, Sanna Marin, has called on Tuesday in a speech in the European Parliament for unity at the European Union (EU) level to deal with Russian energy blackmail, in the midst of escalating electricity prices as a result of the war in Ukraine.

In his speech at the plenary session of the European Parliament in Strasbourg, Marin said that unity is the “greatest strength” of the EU-27 and stressed that “now it is more necessary than ever” in the face of energy “blackmail” posed by Russian President Vladimir Putin.

In his opinion, Europe is at war and it is precisely in difficult times when “European unity is weighted”, so he has warned that an internally divided EU “is weak and that is what Russia wants.” “We will survive Russian blackmail, but we need unity and courage,” he insisted.

The Scandinavian leader has defended that Moscow has to fail in its attempt to pressure the Europeans on energy issues, to then affirm that Ukraine will win the war with European support. “There is no other option, in our hearts it has already won,” she stressed.

Marin has acknowledged strategic mistakes in Europe’s energy relationship with Russia and regretted that member states did not listen more to the warnings of countries like Poland or the Baltics. “We are paying a high price for dependence on Russian energy,” he has acknowledged.

In any case, he has pointed out that the relationship with Moscow will never be the same again and mutual trust will not recover in a long time, which is why he has stressed that in the face of Putin’s pressure, the EU must take “exceptional” measures to ensure access to energy.

Finland, a country that shares 1,300 kilometers of border with Russia, has taken historic steps in the wake of the military aggression against Ukraine and has set aside its traditional neutrality to ask to join NATO. Its entry into the Atlantic Alliance is pending ratification and will be confirmed once the 30 members complete the necessary formalities.

At a subsequent press conference, when asked about Turkey’s reluctance to join NATO, the Finnish prime minister said she expects a “swift ratification,” assuring that Helsinki deals frequently with the security issues raised by Ankara.

The agreement reached in Madrid on the eve of the NATO summit to clear the way to the Alliance for Sweden and Finland in exchange for greater involvement in the fight against terrorism is the basis on which Helsinki is working, recalled Marin, who said that in no case will her Executive take decisions on Kurdish citizens claimed by Turkey.

“The rule of law is very important for Finland and we do not discuss in the government about people who can be expelled or not, those are not decisions made by politicians but by institutions of justice,” he said in relation to Turkish pressure to prosecute people allegedly linked to the Kurdistan Workers’ Party (PKK).

As of today 24 of the 30 allies have already ratified the entry of Swedes and Finns into NATO, a step that Ankara has not yet taken, fueling the option of a new veto, after delaying formal negotiations for a month on the grounds of alleged collusion of the Nordic countries with Kurdish terrorism.