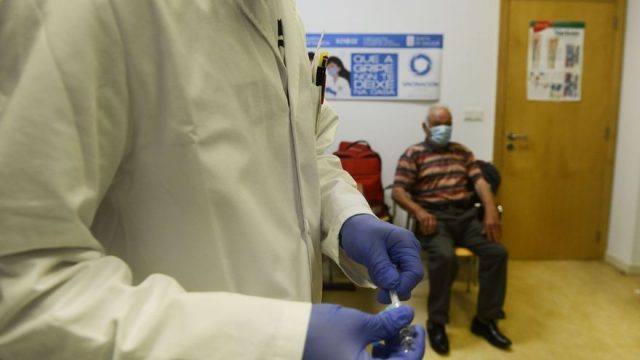 Doctors are hesitant to predict how the flu will be flu season this year, but believe that it will be necessary to insist more than ever on vaccination. against this virus. For two essential reasons: first, that a large part of the population is not immunized because the last two years there was hardly any trace of it. The second reason, and it is not a minor one, is that the coming one will be the first pandemic autumn without masks. The covid-19 is still there, but the restrictions are not.

All this could generate situations that are difficult to manage in health centers and hospitals. The epidemiologist and Chief of Preventive Medicine of the Hospital Clínic (Barcelona), Antoni Trilla, has expressed his concern about it in this newspaper. Although some physicians fear the impact of influenza on the healthcare system, others avoid making predictions about a virus that is “unpredictable,” in the words of Maria Angeles Marcos, Head of the Virology Section at the Clínic. “We can’t predict anything for the fall, but I do think that this year it would have to be insist even more on the flu vaccine this year, Marcos emphasizes. From autumn onwards, Catalonia will be giving the flu vaccine with the fourth doses of covid-19, as announced in June by the ‘conseller’ de Salut, Josep Maria Argimon.

“Influenza has always been quite unpredictable, but since covid-19 much more. This season, unlike the previous ones, there was some flu. But, if other years it started in December and lasted until February, this flu season started in March and lasted until May. It was later. Even now in August there are still some sporadic cases. That is why calculations cannot be made,” this virologist points out.

Read:  Health opens the vaccination of the fourth dose to the entire population: Who should be vaccinated?

Marcos attributes this delay in appearing to the influence of covid-19. This year, the onset of influenza circulation coincided with a drop in coronavirus. “The flu circulated less when there was more covid-19. It may be because there is competition between the two viruses, but also because there were important prevention measures, such as masks,” says this virologist.

The example of Australia

These are measures that this fall, the first with covid-19, will not be. The mask is only mandatory in public transport. and there are no longer capacity or schedule limitations. How will this affect respiratory viruses? “There could be more cases not only because of this, but also because. people are not immunized against the flu. That’s why it’s going to depend a lot on people getting vaccinated starting in October,” Marcos says.

Australia, the reference country in the southern hemisphere, has had quite a few cases of influenza. But this, says the Head of Microbiology at the Vall d’Hebron Hospital, Tomàs Pumarola. “In Australia, last year, they had more flu than us. But we should not look so much at this country, because many times they have different strains than us.”

“Not to worry would be irresponsible, but we should not be afraid before the time,” says virologist Tomàs Pumarola

Read:  What time is the best time to do sports in summer?

Pumarola believes that it is too early to predict what will happen with the flu, but he does believe that the situation will depend, in part, on the type of strain circulating. “I think we will have flu, but I don’t know if it will be like the previous two years or more. We will have to keep an eye on it.” assesses this virologist.

The concern, he recalls, is about the system collapsing. “Not to be concerned would be irresponsible, but one should not be afraid before one’s time.” underlines.

In Catalonia, the flu season this year started in March. It appeared not only when the covid-19 dropped, but also when the When pandemic protection measures were relaxed, as he explained last May to this newspaper Ana Martínez, the Head of the Epidemiological Control and Response to Alerts and Emergencies Service of the Conselleria de Salut.

During four weeks, flu cases were rising, but much less than other seasons. Nor was it more aggressive than other years. In Catalonia, this year the predominant influenza A virus. Moreover, where it circulated most was in the children under five years of age. The older ones, who follow more covid-19 protection measures, have been more protected.

The virus is usually inactivated in summer by heat, although some cases are being reported. Most cases are mild.