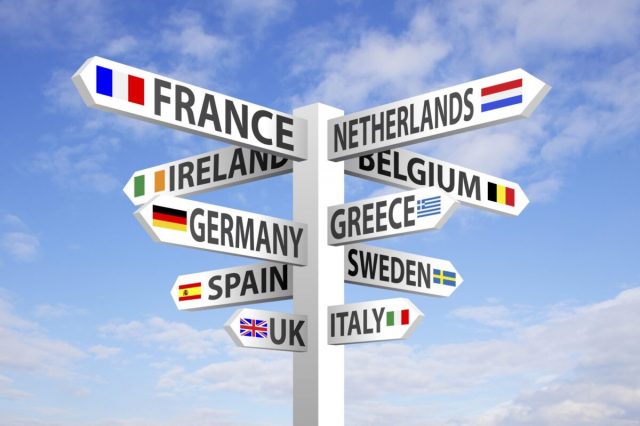 Major stock markets and all sectors lost a few percent Monday morning in reaction to Jerome Powell’s warning about raising interest rates. Technology stocks fell more than 2%, Germany’s DAX index lost more than 1.3%, the CAC 40 index lost about 1.6% and Italy’s FTSE MIB lost 1%. There are currently no figures from the UK markets as stocks are closed for the bank holiday.

European markets reacted when the Fed chairman warned of a “some pain” to come in order to fight inflation. Speaking at a conference of top central bankers last week, Jerome Powell issued a stern warning that he expects the central bank to continue raising interest rates. He added that the bank’s action would affect the US economy. According to him, the Federal Reserve will use its “tools with force” to fight inflation, which reached a 40-year high of 10.01% a few weeks ago. The chairman added:

“While higher interest rates, slower growth, and looser labor market conditions will bring inflation down, they will also hurt households and businesses. These are the unfortunate costs of reducing inflation. But a failure to restore price stability would mean far greater pain.”

In addition to the fall in European markets, the Dow Jones index also lost more than 500 points shortly after the Fed chairman’s speech. European Central Bank board member Isabel Schnabel echoed Powell’s comments on inflation this weekend. The board member agreed that the central bank needs to fight rising inflation aggressively. According to Schnabel, the bank must act quickly, even if it means pushing economies into recession.

Read:  Bitcoin and Ethereum consolidate to start the weekend

Fed works to bring down inflation

In general, the consumer price index and the personal consumption expenditure price index are down. Other economic sectors are also in decline, with housing in free fall. Experts also expect the hiring wave to subside soon. Jerome Powell added:

“We are deliberately shifting the stance of our policy to a level that will be sufficiently restrictive to bring inflation back to 2 percent. Looking ahead, the central bank chief added that “restoring price stability will likely require maintaining a restrictive policy for some time. The historical evidence strongly cautions against premature policy easing.”

Powell’s comments drew reactions from economists such as Jeffery Roach, chief economist at LPL Financial. According to Jeffery Roach, the president’s statement explains that fighting inflation is more important than supporting growth.

Read:  Massive influx of Ethereum to centralized exchanges casts doubt on the success of The Merge