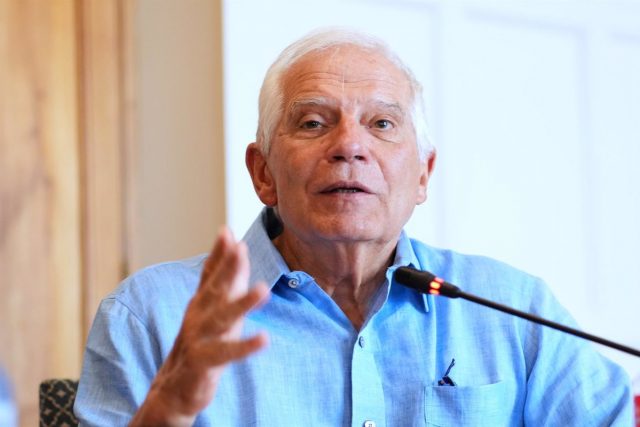 European Union High Representative for Foreign Policy Josep Borrell said Sunday night that a total ban on Russians entering the bloc “is not a good idea,” following announcements by member states that they are preparing to suspend visas with Moscow.

“I am not in favor of stopping issuing visas to all Russians,” Borrell said in an interview with Austrian broadcaster ORF, on the grounds that he believes that “cutting off contact with Russian civilians” would not have “positive results.”

The head of European diplomacy has indicated that such a measure involving a total ban would not achieve the necessary unanimity among EU members.

However, Borrell has pointed out that it is necessary to review some visa processes for certain groups of Russians. “We have to be selective,” he mentioned.

To this end, the foreign ministers of the various member states will meet next week, he has announced, after suggesting that the solution would be “a balanced approach.”

The idea of restricting entry to Russian tourists has arisen after the countries saw that they spent their vacations in the old continent, since a visa issued by any country of the Union allows access to the 26 members that are part of the Schengen area.

The Czech Republic, Finland and Estonia, having imposed their own visa restrictions, have pushed for a Community decision. However, Germany and the Commission have urged caution. Critics have also raised humanitarian concerns.