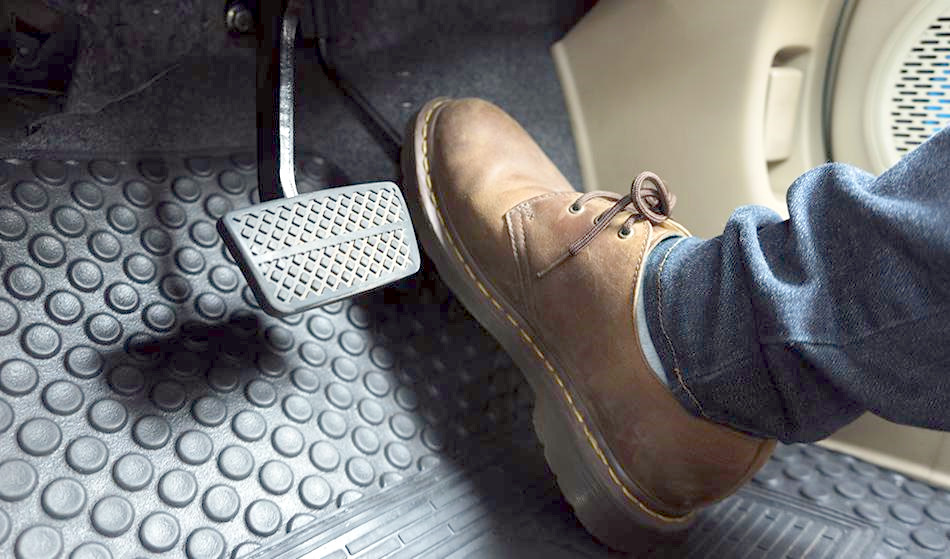 If electric cars somehow introduce this limitation by default, by drastically decreasing the range promised by the battery, soon you won’t be able to accelerate over the legal speed limit in combustion cars either.

The expectation of reaching dizzying speeds just by stepping on the gas pedal will soon be the stuff of fantasy once the new European law is imposed on carmakers. Specifically, new cars will be electronically limited to a “safe” speed, possibly even the speed displayed on roadside signs, or determined automatically by matching maps in the navigation system with real-time GPS coordinates.
The proposal put forward by the European authorities is based on the fact that the accelerator pedal is already electronically controlled in all recent car models.

The introduction of the ECO function, again under pressure from organisations campaigning to reduce the pollution footprint of cars, was just the first step in a wider initiative to tighten controls on car emissions.

No acceleration, over the speed limit

In the current formula, the electronic accelerator pedal includes a so-called “button” for instant deactivation of ECO mode when you really need to accelerate, for example when overtaking another vehicle. All you have to do is press the accelerator pedal until near the end of the stroke, at which point you’ll feel some resistance to the pressure. Press a little harder and you’ll feel extra pedal travel, at which point the engine’s throttle will also get an extra boost you probably didn’t expect. When the pedal is lightly depressed, ECO mode neutralises the normal throttle response, inducing a more linear engine response. Again, the aim is to limit pollutant emissions as much as possible, regardless of the number of horsepower stated in the car’s data sheet.

Read:  Pixel 6a, "unlocked" with a software change to work with 90Hz screen. 120Hz might be possible

This time, the EU authorities are aiming for automatic throttle limitation, according to the speed limit on the route being travelled.
Reacting to the proposal, car manufacturers suggest simply introducing an audible alert, similar to the one already used for seat belt reminders. The idea is to preserve as far as possible the performance of the car as promoted in the advertising leaflets, while limiting the cost of implementing yet another mandatory safety system.
In practice, however, artificially limiting the accelerator pedal could in itself pose a risk to road safety. For example, neutralising the overtaking attempt of another vehicle also travelling at the legal speed limit may put the speeding driver in an imminently dangerous situation, where he is travelling parallel to the vehicle he is trying to overtake, without being able to complete the overtaking manoeuvre.

Already having gone through extensive studies before, the law on artificial speed limitation of passenger cars has been passed and will very soon become mandatory for car manufacturers active in the European market.

The good news is that the limitations are being phased in gradually, with drivers of the first car models to incorporate this “technology” first receiving visual alerts on the dashboard computer screen and vibrations in the steering wheel, just as they would when crossing the lane in a car with Lane Assist. But sooner or later, automatic speed-capping looks set to become a mandatory safety feature, justified by issues such as fuel economy and pollution reduction.

On the one hand, fully limiting car speeds to the legal limit would prevent many traffic accidents, and even open up additional options for real-time speed limitation in relation to weather conditions or possible road maintenance.
Although it still seems far in the future, it would not be out of the question to see a situation where the speed of cars equipped with thermal engines is capped at a level similar to that of electrically powered cars, or even lower, using as justification the imperative need to reduce pollution.
Vehicle safety is constantly evolving and there is no reason why these standards cannot be reviewed and updated in the near future. We believe this is essential,” said European Transport Safety Council Executive Director Antonio Avenoso.