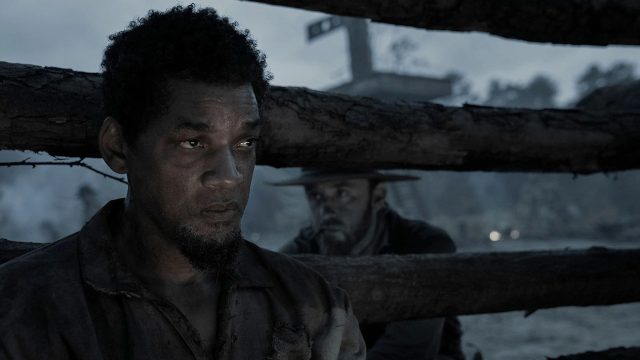 Emancipation is a 2022 American historical action film directed by Antoine Fuqua and written by William N. Collage. It is based on the true story of Gordon (called “Peter” in the film), a slave, and the photographs of his naked, heavily whipped back that were published around the world in 1863, giving evidence to the abolitionist movement of the cruelty of American slavery. The film stars Will Smith, Ben Foster and Charmaine Bingwa.

“Emancipation” tells the triumphant story of Peter (Will Smith), a man who escapes from slavery, relying on his intelligence, unwavering faith, and deep love for his family to evade the cold-blooded hunters and unforgiving swamps of Louisiana in search of freedom.

Emancipation can be viewed on Apple TV+

The film is inspired by the 1863 photographs of “Whipped Peter” taken during a Union Army medical examination that first appeared in Harper’s Weekly. An image, known as “The Scourged Back,” showing Peter’s bare back mutilated by a whipping, helped to increase public opposition to slavery.

Since storming the stage and slapping Chris Rock at the 94th Academy Awards, many of Will Smith’s projects have either been delayed or shrouded in uncertainty, including Bad Boys 4, I Am Legend 2 and the Netflix movie, Fast and Loose.

One such project is Apple TV’s Emancipation. Inspired by a true story, the historical action thriller stars Smith as a slave who, after being whipped nearly to death, escapes from a Louisiana plantation and must hide from his predators while traveling north to join the army.

It should be noted that, as punishment for his outburst, Smith was banned from attending the Oscar ceremonies for the next 10 years. However, he is still eligible to be nominated and possibly win a possible second Oscar of his career.