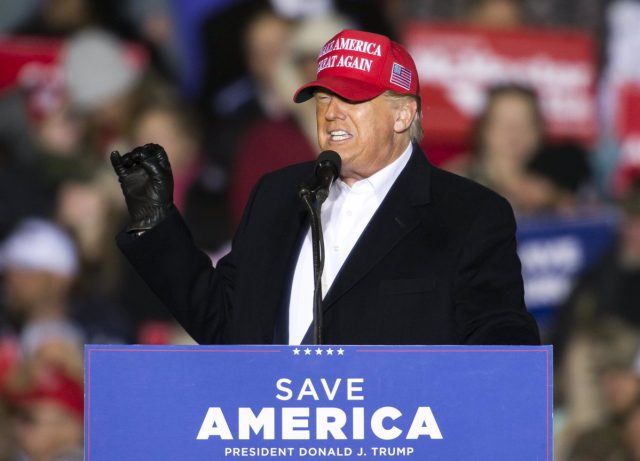 Tycoon Elon Musk, founder of SpaceX and CEO of Tesla, has assured that, if his offer to acquire the social network Twitter is accepted, he would be in favor of reversing the blockade on former United States President Donald Trump.

In an automotive conference organized by ‘The Financial Times’, Musk pointed out that Twitter’s decision to block the activity of former President Trump was a “mistake”, according to CNN.

“I would reverse the permanent ban (on Trump). My opinion, and Jack Dorsey (Twitter co-founder) shares it, is that there should be no permanent bans,” Musk said.

Read:  More than 200 immigrants who were preparing to cross into the Canary Islands detained by the Moroccan authorities

However, and after these statements, Dorsey has acknowledged that he is not in favor of this type of measure because “they are a failure” and “they don’t work”, although it is true that he has pointed out that “there are exceptions”.

“Banning Trump from Twitter did not end Trump’s voice, it will amplify it among the right and that is why it is morally wrong and totally stupid,” added Musk, who, however, has stressed that he does not yet own the social network, so it has ruled out that the removal of the blockade from the former president is something that will happen immediately.

Read:  China denies that Russia has asked for military equipment and denounces the "disinformation" of the US

Former President Trump was permanently suspended from Twitter after the assault on Capitol Hill on January 6, 2021. At the time, the social network argued that the then White House tenant had violated the platform’s rules by inciting violence. . After Twitter’s decision, other social networks followed suit.

Trump, for his part, has already pointed out on occasion that, even if his blockade is reversed, he would not return to the platform, but will continue to promote his own company, Truth Social, which has so far registered complications for its launching.