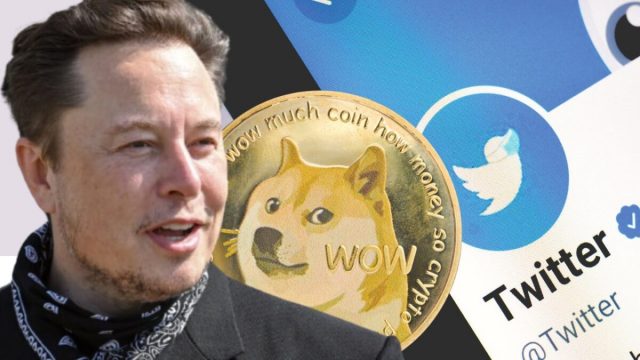 Tesla CEO Elon Musk says Twitter wants to make it easier to transact with crypto-currencies. Elon Musk, CEO of Tesla reaffirmed his support for the Dogecoin meme crypto-currency during a recent conversation on Twitter Spaces.

Ryan’s recap thread is accurate. Musk also said new verified rollout in about a week. And separately, he said dogecoin to the moon when asked if Twitter will allow crypto payments after others cheered for “dogecoin!” https://t.co/qVcAz9uaOu

Elon Musk responded “Dogecoin to the moon” when asked about the famous Bitcoin parody. Elon Musk also said that Twitter wanted to facilitate transactions with the meme currency.

Read:  Economist Peter Schiff predicts inflation "will get worse" - The U.S. dollar is facing "one of the worst years in its history"

The price of DOGE has risen nearly 5% in the past 24 hours, currently trading at $0.104. It remains the eighth largest crypto-currency by market capitalization after overtaking Cardano (ADA).

Dogecoin saw a significant price spike in October due to Musk’s completion of the $44 billion acquisition of Twitter. The market had expected the billionaire to incorporate the $14 billion meme currency into his platform.

However, the price of Dogecoin slipped after Twitter shelved plans to integrate a native crypto-currency wallet following the buyout by Elon Musk.

Musk’s most recent comments should be reassuring to DOGE owners, as they signal that the billionaire has no plans to abandon the meme currency at this time.

Last year, in an interview with Time Magazine, Elon Musk had stated that Dogecoin was better suited for transactions compared to Bitcoin. The entrepreneur felt that the largest crypto-currency was not a good substitute for a transactional currency.