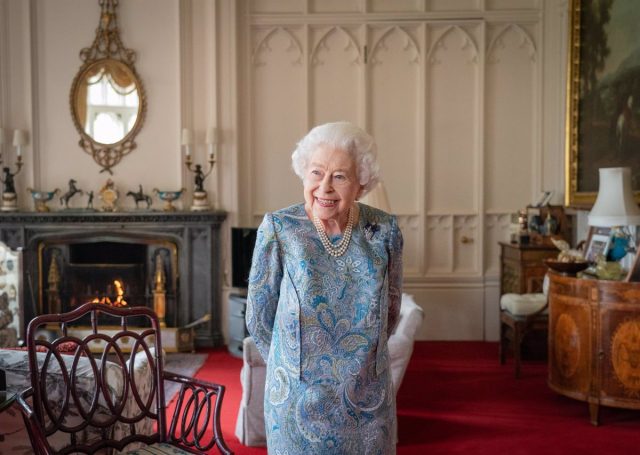 Queen Elizabeth II will not attend the traditional parties in the gardens of Buckingham Palace and Holyroodhouse, which citizens will attend after a three-year break due to the COVID-19 pandemic.

A Buckingham Palace spokesman quoted by the BBC has detailed that other members of the British royal family will attend the celebrations, although he has indicated that the details will be revealed later.

The queen, who is 96 years old and has mobility problems, has significantly cut back on her public engagements in recent months after experiencing potholes in her health.

The first party of this year, in which Elizabeth II celebrates her Platinum Jubilee -70 years on the throne-, will take place next Wednesday in Buckingham. This will be followed by two more on May 18 and 25, while the Palace of Holyroodhouse, the Queen’s official residence in Edinburgh, will host another celebration on June 29.

Read:  Zelensky asks the EU for "immediate" accession through a "special process" and appreciates Europe's support

More than 30,000 people are regularly invited to both palaces for garden parties, which the British royal family uses to recognize and reward public service. The guests are usually members of government departments, the Armed Forces or religious groups, among others.

Elizabeth II celebrated her 96th birthday at the end of April and did so at her residence in Sandringham, her favorite vacation location, surrounded by friends and family.

The queen has been through a tough time recently. Her grandson Prince Harry decided to leave the Royal House after marrying Meghan Markle. When the earthquake happened, an interview that the couple gave to Oprah Winfrey in which, among other things, they accused the royal family of “racism” stirred the waters again.

On the other hand, Prince Andrew – supposedly his favorite – is immersed in a judicial process, accused of sexual abuse of a minor in the case of tycoon Jeffrey Epstein, who took his life in prison after being arrested in 2019 for orchestrating a trafficking network.

Her husband, Prince Philip, died on April 9, 2021, after more than 70 years of marriage. The restrictions imposed by the COVID-19 pandemic also made it difficult to say goodbye to the prince.

Isabel II has also gone through several health bumps. At the end of 2021 she was forced to lighten her schedule and carry out light tasks and commitments, after spending a night in the hospital. In fact, she spent 2020 in virtual seclusion due to the COVID-19 pandemic, even after getting vaccinated.