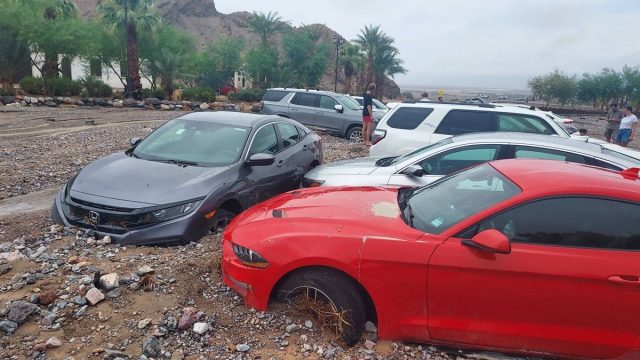 A downpour in Death Valley National Park, in California, has stranded approximately 1,000 people, who have been unable to leave the site, as the rains, along with mud, have buried their vehicles, local authorities have explained.

The park, near the California-Nevada state border, has received 43 millimeters of rain in just a few hours — the average annual rainfall in the area is 48 millimeters — the California National Park Service said in a statement.

Some 60 vehicles have been buried under sand and debris, and half a thousand visitors, as well as another 500 park workers, have been stranded and unable to leave. In addition, all roads in and out of the park have been completely blocked.

Read:  The Prosecutor's Office of Peru investigates the first lady for refusing to testify

According to California Department of Transportation estimates, it would take four to six hours to open a road that would allow visitors to leave the park.

Added to this, the water system at the park offices, which provides water to workers and residents, has suffered a rupture due to the downpour, leaving people in need without water.