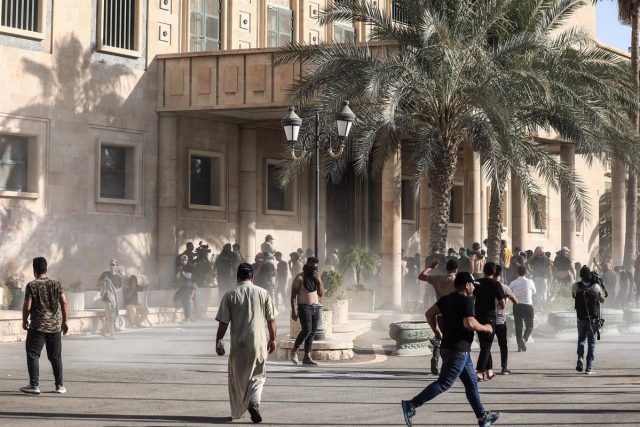 At least eleven people have been killed and 160 injured during clashes in central Baghdad on Monday following the announcement by influential Shiite cleric Muqtada al Sadr that he is retiring from political life, according to medical sources quoted by the DPA agency.

Most of the dead were protesters sympathetic to al-Sadr, according to the official news agency NINA, which confirmed police charges in the Green Zone of the Iraqi capital, where the main institutions are located.

Security forces have used tear gas and also live fire to contain the demonstrators, before political leaders appealed for restraint on all sides. Among the institutions assaulted is the building housing the prime minister’s office.

Read:  Russia reports the destruction of a Ukrainian corvette near Odessa

The authorities have imposed a curfew to try to contain this wave of violence, which has also spread to other areas of Iraq. In Basra, groups of demonstrators have also broken into public buildings, reports NINA.

Al Sadr, who for weeks had been mobilizing his hundreds of thousands of supporters in Baghdad to the point of having twice taken over the Parliament, demanded the calling of new elections after ten months of failure to form a government.