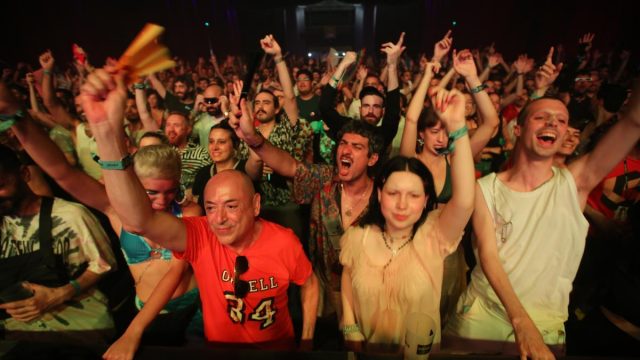 The drugs of greatest concern to hospital addiction units at the moment are the amphetamines And psychostimulants in general. “They produce toxic psychosis. We see people who are admitted to the hospital because of a psychotic break.” says Mercè Balcells, head of the Addictive Behaviour Unit at the Hospital Clínic of Barcelona. Its use is especially worrying at a time when mental health, particularly that of young people, is more fragile than ever.

The toxic substances most often seen by this unit of the Clínic are, in this order, alcohol, tobacco, cannabis y cocaine. Balcells is also concerned about the “polyconsumption”, i.e., the ingestion of several substances at the same time. It is a “pattern change” he is seeing in “very young” people. He is also alerted to the fact that this polyconsumption is taking place in a time of greater “fragility” of mental health. He does not perceive that people are getting high more now than in 2019, the last prepandemic year, but there are “more severe” patients. “The complication is greater because there are more polyconsumption y psychiatric comorbidities.” Balcells points out.

Read:  What is post-holiday syndrome and what symptoms does it produce?

In the Hospital de la Santa Creu i Sant Pau of Barcelona, the most frequent drug is alcohol, followed by cocaine, cannabis and, lastly, opiates. “And then, in a drawer, methamphetamine, ecstasy (MDMA), ‘speed’…”, he says. Santiago Durán-Sindreu, director of the Addictive Behavior Unit at Sant Pau. This psychiatrist has perceived a “very marked” increase in the consumption of methamphetamine y mephedrone.

Currently, there are three drugs being studied (although nothing is yet approved) as. potential therapeutic agents. They are the ecstasy (MDMA), the LSD and the psilocybin. As Durán-Sindreu explains, ecstasy is being studied in the USA and the EU, and “it is not ruled out that in the future it will be legalized under. specific prescription conditions”.

“It is what is called psychedelic-assisted psychotherapy.” Durán-Sindreu specifies. “These are substances that have been banned for a long time and are now being studied for some diseases.” For example, around LSD “several studies” have been done in alcohol consumption. In the MDMA, for disorder of posttraumatic stress disorder. And the psilocybin is being studied for the treatment of treatment-resistant major depression. “All this is under study and nothing is proven,” the psychiatrist specifies.