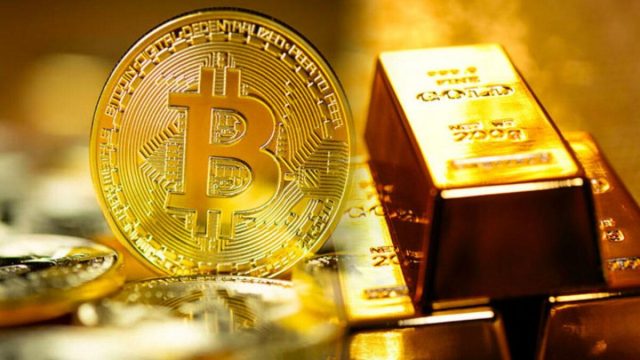 Don’t look now, but the Bitcoin is digital gold argument is coming back. During the collapse of the crypto-currency market, no one wanted to hear that bitcoin was digital gold because the price of bitcoin was plummeting. But now that the worst of the crypto-currency market sell-off seems to be behind us, and the price of bitcoin seems to have stabilized at around $20,000, traders are once again talking about bitcoin as a potentially safe asset.

Adding fuel to the fire, Ethereum co-founder Vitalik Buterin recently suggested in a Twitter thread that “crypto is the best bet” compared to gold. Buterin’s remarks go even further. He widens the net to include all crypto-currencies, not just bitcoin. And he suggests that crypto is, most likely, a superior investment to gold during a period of market uncertainty. Is Buterin right?

Three arguments in favor of crypto

Vitalik Buterin has broken down his argument into three succinct points. Two of them, quite frankly, don’t seem very convincing. For example, Vitalik Buterin suggested that gold does not offer the same kinds of “safe storage options” than the digital world. I don’t know about you, but gold seems pretty safe to me.

Buterin also suggested that gold is “impractical” and “difficult to use” in business. That seems like a better argument, because just about everyone can agree that pressing a button on their phone to send crypto anywhere in the world is a lot easier than lugging around some gold bars to make a transaction. But that doesn’t mean that crypto is a better investment than gold.

The digital gold argument worked for as long as it did because bitcoin appeared to be uncorrelated with any other asset class, meaning its price did not move in the same way as other investments. However, as we saw in 2022, bitcoin is correlated, at least weakly, with the broader market. In other words, bitcoin has the potential to fall when stocks fall. As a result, it lost some of its appeal to investors earlier this year.

But look at what’s happening in the financial markets right now in terms of volatility. Almost everyone agrees that bitcoin is less volatile than it has been. Some traders are even calling bitcoin boring. If bitcoin’s declining volatility is a long-term trend, that would make it a much more attractive investment, right?

Second, bitcoin is now much more correlated to gold than it has been for a long time. The correlation between bitcoin and gold is at its highest point in 40 days. Granted, this is a very small sample size, but it suggests that traders around the world are trying to figure things out and that the relationships between asset classes may be changing.

The battle to become the world’s safe haven asset

At a time when many people are nervous about tech stocks and the market in general, is it really possible that crypto will become a safe haven asset? Will people who are worried about their money and savings really prefer crypto to gold?

Read:  The ECB's challenges are similar to those faced by the UK and the US.

Note that Buterin did not say that “crypto is a better investment than gold“. What he said was that “crypto is the best bet“. I don’t think he’s referring to a casino type bet here. Instead, he phrased it in terms of game theory. Buterin entered crypto via the world of multi-player online games, and in the past he has made arguments suggesting that he views the financial markets as a kind of vast, similar multi-player game. It is a game in which cooperation is essential, but communication and trust may be non-existent. It requires a knowledge of game theory to succeed.

On this basis, I think Buterin is really suggesting something along the lines of the following: Given that it is impossible to communicate directly with market participants around the world to find out what they are thinking, and given that the range of possible future outcomes is incredibly wide, crypto seems to be emerging as the asset that has the highest probability of future success.

For now, gold is obviously a much safer investment than all but a handful of cryptos. But this is where things get interesting, as cryptos like Bitcoin and Ethereum could emerge as potential safe havens for nervous investors. Investing in crypto is always risky and volatile, but if the relationship between asset classes continues to shift, it might be worth considering whether now is the time to hedge your bets with some crypto.