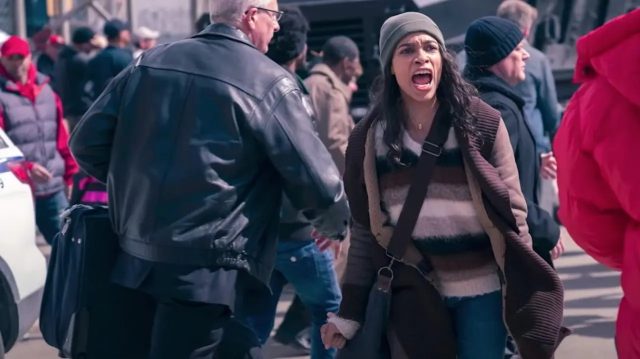 The limited DC series, “DMZ”, had the launch of the trailer in which we can see the acclaimed actress, Rosario Dawson.

The character played by Dawson is looking for her son in an active war zone. “DMZ” is based on the comic book series of the same name, which was published between November 2005 and February 2012. The screenplay tells the story of a doctor named Alma (Rosario Dawson) who is looking for her son in an America after the World War II on the demilitarized island of Manhattan.

In the DMZ comics, writer Brian Woods drew inspiration from the post-September 11 American political climate and created a grim portrayal of the anti-authoritarian youth culture of the time.

Woods’ version primarily followed the story of a reporter arriving in a semi-abandoned Manhattan. However, we can expect the mini-series to have some script changes.

“DMZ” has a real chance of becoming a success

With the war in Ukraine in full swing, “DMZ” now has a real chance to become one of the most watched mini-series on HBO Max. In addition to Rosario Dawson, the cast will also include Benjamin Bratt. The episodes will be directed, in turn, by Ava DuVarney (first episode), but also by Ernest Dickerson (the rest of the episodes). The screenplay will be handled by Roberto Patino, responsible for adapting the story from “Sons of Anarchy”.

The new trailer for “DMZ”, recently released by HBO Max, offers some details about how the action will unfold in the new mini-series. As mentioned earlier (and can also be seen in the trailer), Alma, the character played by Dawson, is trying to find her lost son in an almost “post-apocalyptic” world. In the meantime, she has to face challenges, having to defend herself against people who now disobey any law.

The trailer can be viewed in the following: