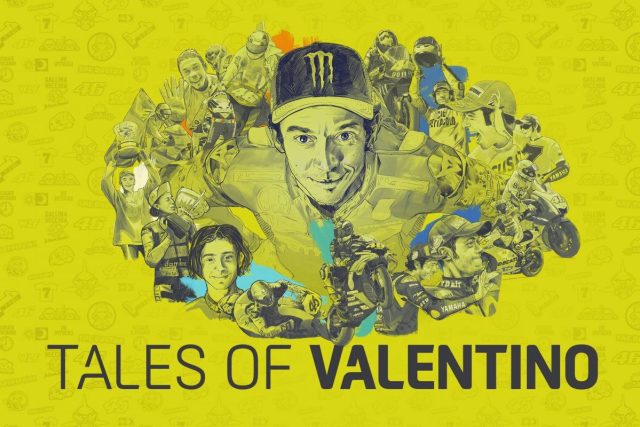 Starting this Saturday, DAZN offers ‘Valentino Stories’, a new nine-episode documentary series that reviews some of the most outstanding moments in the sporting career of former Italian MotoGP rider Valentino Rossi, winner of nine world titles and who said goodbye to the World Championship. motorcycling on November 14 after the Comunitat Valenciana Grand Prix.

The documentary reveals, through nine moments that defined his career, anecdotes unknown until now, from the hand of his closest circle, such as his assistant Uccio, the helmet designer Aldo Drudi or his former team leader, Jeremy Burgess. Other drivers such as Jorge Lorenzo, Casey Stoner or Jorge Martínez Aspar also participate.

Among the great rivalries that the series highlights is the one he had with the Spanish Jorge Lorenzo. ‘Vale’ confesses that it didn’t fit very well that Yamaha made the Mallorcan teammate. “He was quite angry with Yamaha, because he thought he needed to have a newcomer who would be a very strong rival. And I said ‘But why?’ many championships together. I don’t deserve to be given Jorge Lorenzo as a teammate. I need a little less,” he says.

Little by little, a great competition was born between the two, to the point of avoiding each other, as Lorenzo acknowledges. “We only spoke to each other when there was no other. When we were at an event, a meter away, we greeted each other like ‘Hello, how are you?’, but we did everything possible to avoid each other,” confesses the Balearic in the documentary.

Read:  Glasner: "The whole of Europe is going to enjoy this match"

In addition, what happened in the famous Barcelona Grand Prix in Montmeló is collected. “That was probably one of the best races in history, because the mutual competitiveness between us as teammates was the perfect storm,” recalls Lorenzo. “Jorge made a mistake, because from the bike I realized that he had relaxed a bit, as if he had thought ‘he’s mine’,” says Rossi, who won the World Championship at the end of the season.

STONER AND THE ‘CORKSCREW’

Another of the great moments that are collected is the fight with Casey Stoner in the Laguna Seca Grand Prix in 2008. “From the beginning we were very evenly matched. And we arrived at Laguna Seca and immediately saw clearly that that was the definitive moment. If it was able to beat him there, it would undermine his power”, recalls ‘Il Dottore’.

The key to the race was in the ‘corkscrew’, a mythical area of ​​the North American track. “In the last corner, Rossi had been doing the same thing for several laps: he braked super early at the entrance of the corner to try to catch me off guard, because he knew I was going to try to let the bike run at the exit of the corner and pass him. Unfortunately at the time I didn’t anticipate that I would be able to brake so early. Going off into the gravel area, I was able to keep the bike straight up to a point, but then I fell into the deeper gravel area. I lost my front end, And unfortunately, that marked the end of the race for me. It was my fault. I still think I would have won the race if it hadn’t been for the mistake I made in the gravel area,” explains Stoner.

“I think that day he was wrong to do what he did. Before that, we were opponents; from then on, we did not become enemies, but bitter rivals. From that day on, I was not going to care that, even if the championship was played, he was not going to have a friend in me. If he was fighting for victories and needed to get points, I was not going to give him a hand, “adds Stoner.

For ‘Vale’, that victory was essential in order to win the title, so he has great memories of that fight with Stoner. “One of the best fights against one of my best rivals. It was very important for the championship,” he says.