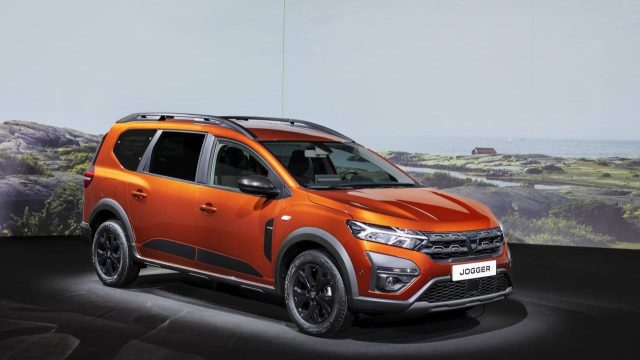 The new Dacia Jogger compact crossover will be the first hybrid of the Romanian brand within the Renault Group.

It will be launched in 2023 and uses Renault’s E-Tech system.

Available in either five- or seven-seater versions, it has replaced Dacia’s Logan MCV station wagon, which is no longer in production, as well as its small passenger car Dokker and the larger Lodgy minivan, both of which have been eliminated.

It is built on an extended version of the Renault-Nissan CMF-B Alliance platform, which is the basis of basic models such as the Renault Clio small car and the Captur small SUV, the new generation of Dacia Sandero and Logan and Nissan Juke small cars.

Read:  Chernobyl's "lost tapes" reveal the devastating impact of the worst nuclear disaster: when will you be able to see the documentary

Jogger’s CMF-B architecture has a longer rear section to create a length of 4,550 mm, making it the largest Dacia vehicle.

The hybrid version of the Jogger will be based on a 1.6-liter four-cylinder petrol engine, as will the fully hybrid versions of the Renault, Clio and Captur. The E-Tech system uses two electric motors, a starter motor and a drive unit and a multimodal gearbox, which makes the necessary connections between the motors.

The E-Tech full-hybrid propulsion system makes it possible to run exclusively in electric mode 80% of the time, in urban running, and brings a reduction in consumption of up to 40%.

Read:  Netflix is ​​producing a movie after a famous video game: what it's all about

Dacia has not released technical data on horsepower or a sale price for the hybrid version, but the propulsion system produces 140 hp for the Renault Clio model. Dacia said it will be “the most affordable seven-seater hybrid on the market.”

Renault says the E-Tech system allows 80 percent of urban driving in electric mode only and a total fuel economy of 40 percent compared to a comparable petrol train.

The new model will be launched at the Paris Motor Show, Mondial de L’Automobile, which will take place between October 17 and 23, according to profit.ro