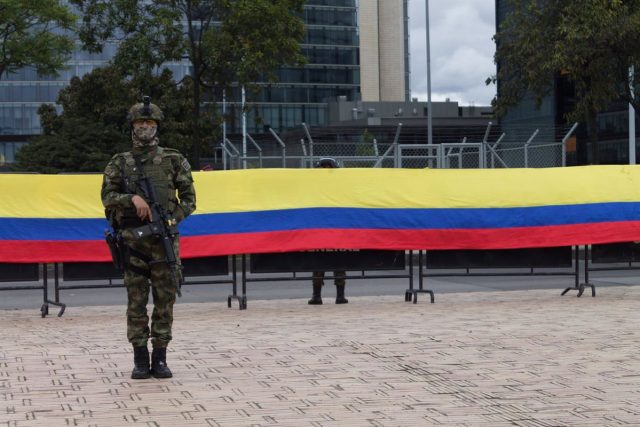 At least three peasants died after a shooting by armed men at a house in the south of the Colombian department of Bolívar, as confirmed by the Institute of Studies for Development and Peace of Colombia (Indepaz).

The mayor of the area, Jorge Macías, has highlighted that the subjects entered the house, located in the Morales village, and opened fire on the three victims, whose bodies have been evacuated by the Colombian Civil Defense and taken to the Bolívar hospital, as collected by Caracol Radio.

On the other hand, the Ministry of Defense has reported the neutralization of Hilahin Mahecha, alias ‘Jaime Chucula’, who sought to establish alliances with the National Liberation Army (ELN) and who has died along with five other dissidents from the FARC tenth front. .

The Colombian Minister of Defense, Diego Molano, has reported through his official Twitter account that there were previously six active leaders of the FARC and ELN dissidents who crossed the border from Venezuela “to commit crimes in Colombia.”

“Today there are only three and with this we reduce their criminal capacity. We continue to fight them day and night to guarantee tranquility in the department,” he indicated, adding that in the framework of the operations — the so-called Arauca Stabilization Plan — 7,000 members of the Public Forces have been deployed and 72 dissidents from the FARC and 19 from the ELN have been neutralized or arrested.

“The neutralization of the leader alias ‘Jaime Chúcula’ (Hilahin Mahecha) of FARC dissidents in Arauca is good news. Not only has he fallen. In the last two months, more than 40 of his henchmen have suffered the same fate,” he said. .

Molano has also specified that “Chúcula” and different members of “his criminal structure, in disputes over drug trafficking routes with the ELN, murdered more than 150 people and displaced families, forcing them to leave their homes and communities.”

‘Chúcula’ had a criminal record of more than 25 years and was close to ‘Gentil Duarte’, top leader of the dissidents of the former Armed Forces, and ‘Iván Mordisco’, leader of the First Front of the former FARC. Likewise, the Ministry of Defense has reported the seizure of a rifle, a mortar, a grenade launcher and four pistols.