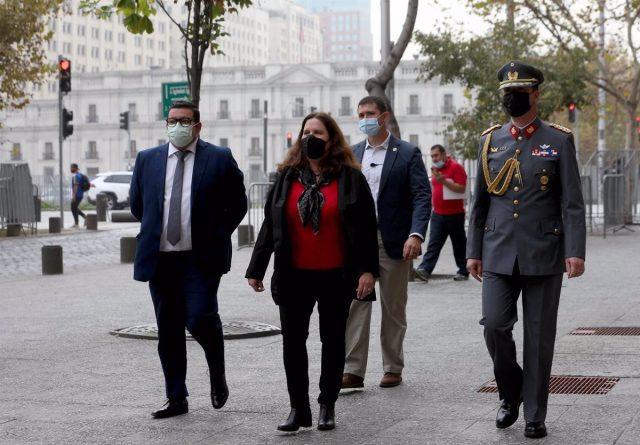 During the night of Friday, a group of at least three armed criminals entered the house of the Chilean Defense Minister, Maya Fernández, to rob the house and then beat her son and handcuff her husband, as reported this Saturday by the Ministry itself. it’s a statement.

The assailants, who carried with them a knife and a firearm, stole technological objects that were in the house, as well as a car, which has already been found by the Chilean Police’s Department of Order and Search for Persons and Vehicles. , as reported by ‘BioBioChile’.

At the time of the events — 8:00 p.m. (local time) — the Defense Minister was not in the building, although her husband and son were, according to the Chilean newspaper ‘La Tercera’.

“First they approach the minister’s son and then they handcuff the husband and then flee in the vehicle owned by the minister’s family. One of the subjects would carry a knife and another what would be a firearm, a revolver”, The prosecutor in charge of the case, Francisco Lara, has detailed in statements collected by the aforementioned media.

The minister and her family are in good health, although the son has minor injuries caused by the blow that the thieves caused him during the assault, as explained by the Ministry in its letter.

The prosecutor, together with the proceedings of the Carabineros and the Investigative Police, is carrying out an investigation of what happened, although for now there is no detainee, according to ‘La Tercera’.