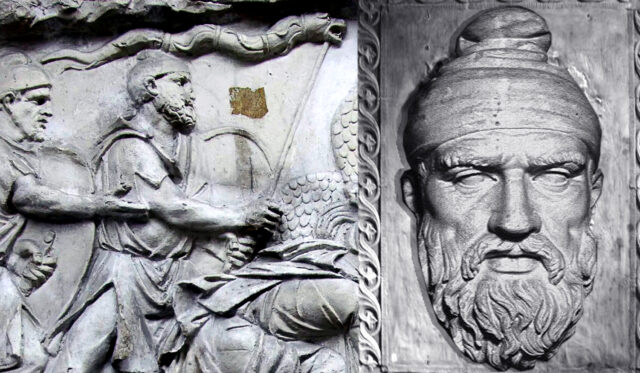 According to some information coming directly from some historians, it seems that the Romanians are in fact the true descendants of the Dacians.

For example, Hunedoara has preserved countless important remains, which is why a number of specialists in the field believe that the Romanians living in this part of the country have the highest percentage of “Dacian blood” in Romania.

Obviously, the theories are many, petty and almost impossible to confirm, in the absence of solid evidence. However, the few we have lead historians to believe certain hypotheses at the expense of others. The Hunedoren could be the true descendants of the Dacians

As mentioned earlier, historians have reason to believe that the inhabitants of Hunedoara County may be the ones who best preserved their Dacian DNA.

As an argument, they have brought up the fact that this county is generally covered by mountains, so that rural localities are often isolated, making it quite difficult for the “Dacian blood” to leave these places as the years go by.

Consequently, it is believed that those living in the Apuseni, Șureanu, Poiana Ruscă mountains, most commonly called momârlani or pădureni, may be the ones who carry on Burebista’s legacy.

“It would be hard to believe that economic activity and social life on the Luncan Plateau ceased with the defeat of the Dacians. One can assume a temporary interruption of activities, a reduction of the population during the wars and until the resumption of peaceful life in Roman Dacia. Throughout history, life continued here, to a lesser or greater extent,” said ethnologist Lucia Apolzan, who has spent years studying this mystery, according to Adevarul.ro.

Read:  That's why Nicolas Cage changed his name: what he was called before

According to local legends, in these areas there are even certain fairies from Dacian mythology who would guard the mountains and nature in these places with sanctity.

These fairies are called Alea Frumoase (Beautiful Fairies) in popular language, and they are said to be beings with paranormal powers that can be seen and heard at night in places where there are old trees and massive rocks.

“Ancient myths have their ancient home here, too, in the hills around the Dacian fortresses. The female deities have changed their names and sometimes their attributes, but their significance has remained. The old Bendis of the Thracians lived in Artemis of the Greeks, and later Diana of the Romans became in Romanian language Sânziana, which the Romanian people celebrated by the plural of the name, Sânzienele, perhaps summing up several deities among which so naturally the Alea Frumoase could find their place”, also wrote Lucia Apolzan, in the work “Aspects of spiritual culture”, in 1981, according to the source quoted above.

“Whoever has seen the Column of Trajan in Rome will have little doubt that these Wallachians, like those of Moldavia, are the descendants of Decebal’s people. As a characteristic feature, the appearance and dress of the Dacian prisoners on the column is still preserved today,” wrote The Times in 1867 in an article about us Romanians.

As you probably know, Ulpia Traiana Sarmizegetusa is the name of the town founded by Emperor Trajan around 106, and it is located near Hațeg, more precisely at the foot of the Reteza and Poiana Ruscă Mountains, near the Iron Gates of Transylvania.

Obviously, it is most likely that, in order to know for sure whether it was, or was not, so, historians will need much more evidence in this regard, and they are becoming increasingly difficult to procure, given the fact that, with the passage of time, any vestiges still hidden, which could shed light in this case will deteriorate even more.