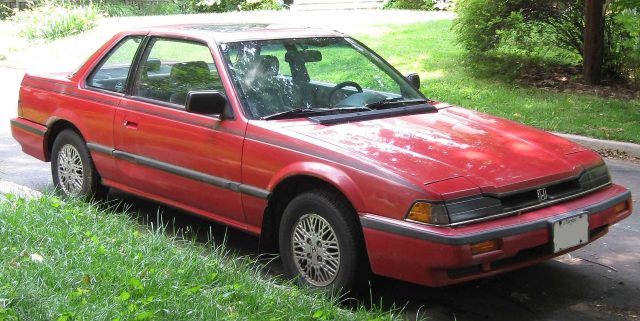 The second generation Honda Prelude was a successful car in the USA. It was a small, sporty, high-tech car for its time. Therefore, the model was very popular among teenage and young males, and the designers wanted the car to make them more attractive to the opposite sex. Honda Prelude was a car that belonged, along with Nissan Silvia or Toyota Celica, in the “Date Car” category, ie a favorite car for romantic encounters.

In Japan, however, the car was controversial due to a lever on the front seat of the passenger, Gizmodo Australia reports. The car has only two doors, and for access to the rear seat one of the front seats had to be folded down.

Read:  Netflix confirms the preparation of a cheaper subscription

The lever that allowed the seat back to move was positioned on the inside and could only be easily operated by the driver. Normally, the lever should have been outside so that it could be accessed by those who wanted to get in the car.

Read also: The first all-electric BMW 3 Series announced. It will be available in one market only

It is not known why the creators of this model chose to do the opposite. But Honda was no stranger to such controversy. The Japanese carmaker promoted a model, the S-MX, as ideal for couples who wanted to have sex in the car.

That lever has been called, in Japan, “perverse.”

In the video below you can also see why: a potential sexual predator could use it to quickly and quickly put the front seat passenger in a vulnerable position on his back.

Honda Prelude debuted in 1978. The model went out of production in 2001, being replaced by Integra.