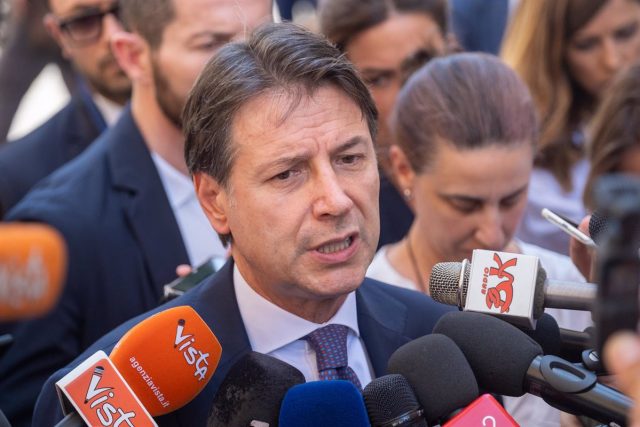 Italy’s former prime minister and leader of the 5 Star Movement (M5S), Giuseppe Conte, said Friday that no candidate for the early elections scheduled for September has exceeded the two-term limit, a self-imposed rule by the party since its formation to ensure that elected politicians leave office after being elected twice.

“You will not find among the candidates of the M5S anyone who has been more than two mandates,” has stressed Conte, who has thus ruled out that this measure will be ignored by the party.

“The rule of the two mandates does not change,” he has asserted before indicating that “his thoughts are with those who during his two mandates have fought against everything and everyone to win the battles that the M5S had ahead,” he has stressed.

Read:  Russia claims to have "liberated" and taken control of Mariupol port

Conte has thus thanked the members of the party who have served their two terms and has assured that their skills “will not be forgotten.” “We have their passion and their competitiveness,” he said before stressing that the formation will move forward “together.” “We have a tough campaign ahead of us,” he concluded.

The two-term rule obliges M5S members to leave their respective positions after two terms and, if applied, leaves out relevant figures of Italian politics within the formation, such as Roberto Fico, Paola Taberna or Riccardo Fraccaro, among others.

Beppe Grillo himself, founder of the movement, has threatened Conte to leave the party if the two-term rule is not complied with. “If it is repealed you will have to go on without me,” he has maintained.

Willy Rock - October 7, 2022 0
Feeling the contraction of the global economy, Samsung expects Q3-2022 operating profit to fall sharply, by 31.7%. The timing is all the more significant...