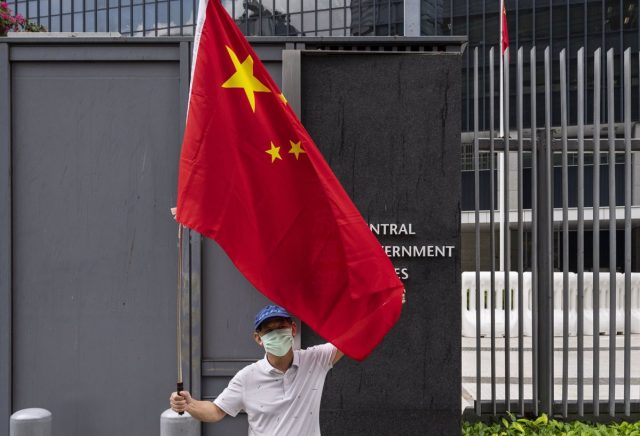 Chinese authorities have announced Wednesday the suspension of the import of citrus fruits and two types of fish from Taiwan, as well as the cancellation of the export of sand, amid the spike in tensions over the visit to the island by the speaker of the U.S. House of Representatives, Nancy Pelosi.

The General Administration of Customs (GAC) has indicated in a statement published on its website that the import suspension affects fruits such as grapefruit, lemon and orange, while in the case of fish it involves refrigerated Atlantic scabbardfish and frozen jack mackerel.

Thus, it has stressed that “since last year, customs in mainland China have repeatedly detected planococcus citri — an insect that is often a citrus pest — and excessive residues of fenthion and dimethoate in fruits imported from Taiwan,” before adding that “in June this year, packages of chilled Atlantic scabbardfish and frozen horse mackerel tested positive for COVID-19.”

Read:  Camilla pays tribute to Elizabeth II, "the only woman" in a man's world

“To avoid risk and according to current laws, regulations and standards in mainland China, it has been decided to suspend the import of citrus fruits, chilled Atlantic scabbardfish and frozen horse mackerel from Taiwan from August 3, 2022,” he said.

For its part, a spokesman for the Chinese Ministry of Economy has stressed during the day that “in line with relevant laws and regulations, it has been decided to suspend the export of natural sand to Taiwan.” “The measures will be implemented from August 3, 2022,” he has concluded, according to a brief statement on the ministry’s website.

Earlier on Tuesday, Taiwan’s Council of Agriculture (COA) warned that China’s General Administration of Customs had suspended the import of some food products from Taiwanese suppliers for alleged non-compliance with China’s customs system, a list includes producers of nuts, honey, cocoa beans and vegetables, among others.

In addition, China’s Foreign Ministry “urgently” summoned the U.S. ambassador to Beijing, Nicholas Burns, following Pelosi’s arrival in Taiwan. Chinese Vice Foreign Minister Xie Feng said that the United States and Pelosi have “played with fire” and called on Washington to correct what he considers to be a mistake.

From Beijing had repeatedly warned that if Pelosi finally landed on Taiwan, China would take “forceful” measures. The Asian giant considers Taiwan as another province under its sovereignty despite the Taiwanese secessionist discourse and the support shown by the United States and the European Union.