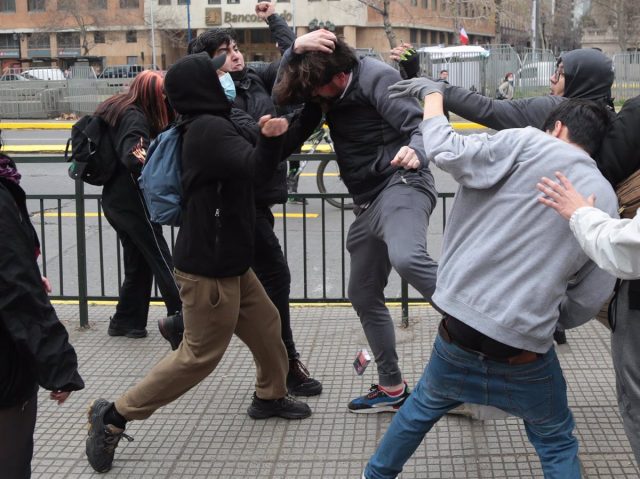 Simon Boric, brother of Chilean President Gabriel Boric, is in stable condition after being assaulted on Thursday morning when he was in the middle of the street in Santiago, allegedly after a group of young people tried to loot a store.

“The patient is clinically stable. He requires however to continue his hospitalized care due to the injuries received,” said the Clinical Hospital of the University of Chile in a statement, adding that it will be the family who will determine the delivery of new information on the health condition of the journalist and brother of the president.

Read:  Ortega accuses Catholic Church of "perfect dictatorship" and of supporting "a coup d'état" in Nicaragua

The Chief of Staff of the Rector’s Office of the University of Chile was assaulted by a group of demonstrators outside his home, receiving punches and kicks, which led to his subsequent medical attention, as reported by ‘La Tercera’.

The aggression occurred after one of the officers rebuked another group that allegedly planned a looting and the three remaining colleagues came to his defense. “As Universidad de Chile, we strongly condemn this act of unnecessary and irrational violence,” reads the note.

Security forces have already arrested three suspects aged 20, 22 and 32 for their alleged responsibility in these events, according to the newspaper ‘La Tercera’.

Read:  Russia claims to have destroyed a thousand Ukrainian military installations in the last day

The government has condemned the aggression through the Minister of the General Secretariat of the Presidency, Giorgio Jackson, who has called it “extremely serious.” “The president is aware of it,” he explained in a first official reaction.