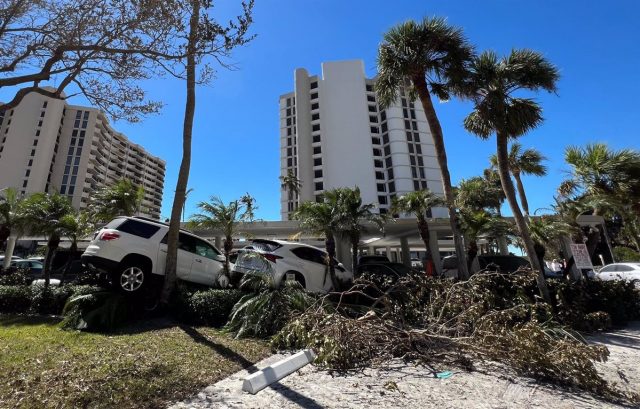 At least 77 people have died in Florida and North Carolina, United States, as a result of hurricane ‘Ian’ that hit the country and has left in its path floods, power outages and massive destruction after registering winds of up to 241 kilometers per hour.

The weather phenomenon, which made landfall in Florida last Wednesday as a category four hurricane, has brought with it a combination of strong winds, rain and storm surge, killing nearly eight dozen people, NBC has reported.

Florida Governor Ron DeSantis has said that at least 1,100 rescues have been carried out since the hurricane made landfall in the United States, according to the same television network.

This Saturday, Rear Admiral Brendan McPherson, who is in command of the Coast Guard in the states of Florida, Georgia, South Carolina, Puerto Rico and the U.S. Virgin Islands, said on the Today Show that power outages were complicating rescue efforts, as those affected had no phone service.

He further explained that most of the areas that had been cut off in southwest Florida had been accessed by air or by urban search-and-rescue teams that went door-to-door by boat.

Meanwhile, the National Hurricane Center (NHC) warned Friday of possible flash flooding in urban and rural areas of the central Appalachians and the southern Mid-Atlantic region this weekend, when they also expect record water accumulations in Florida.