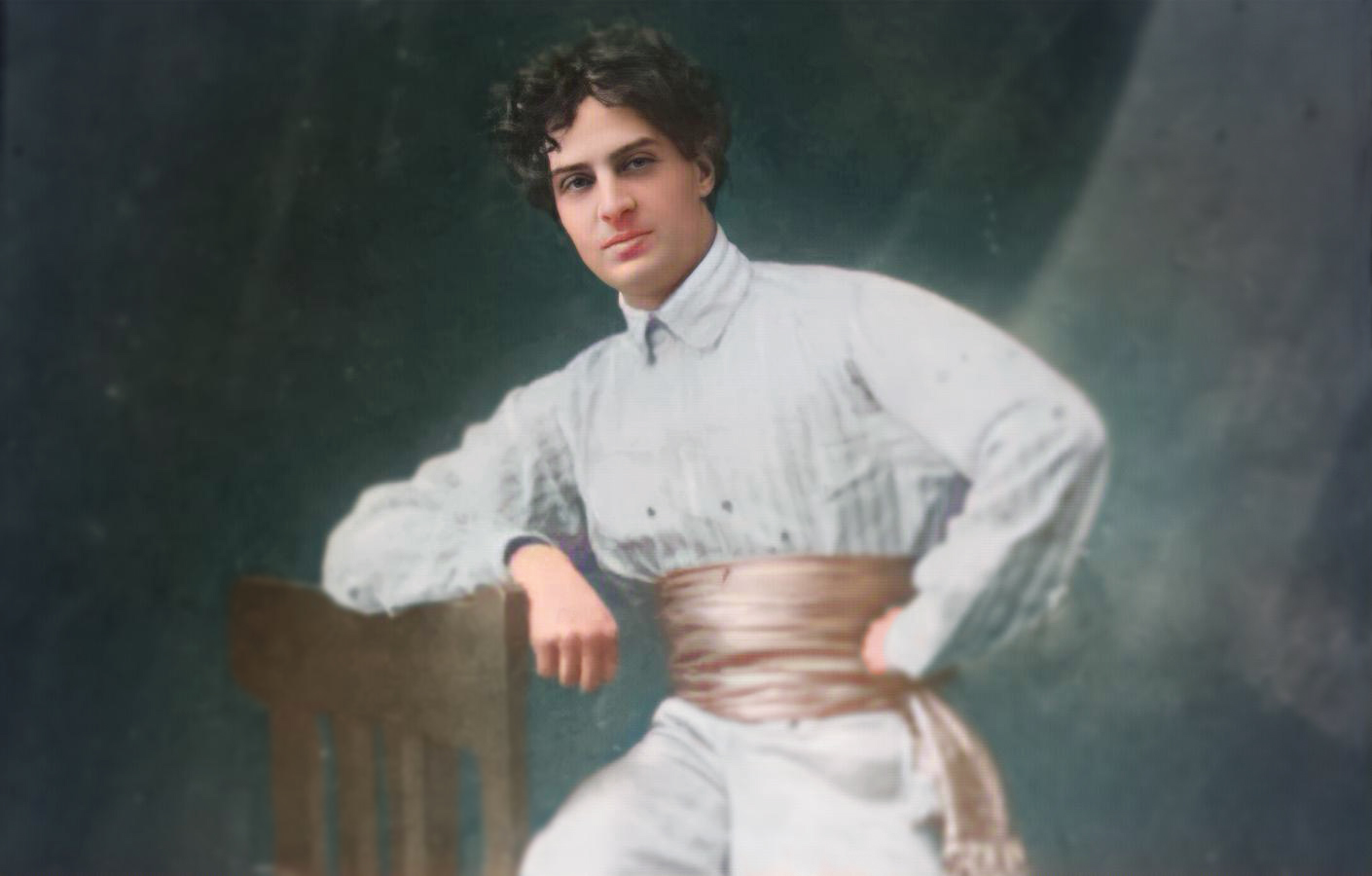 Former nationally and internationally known artist, a true Casanova of Romania, loved by thousands of women. Find out the full story of Nae Leonard, the man whose name the National Opera and Operetta Theatre of Galati bears.

Nae Leonard was born in 1886 in a bad part of Galati. A century ago, a tenor was a sensation both on stage and in the hearts of women around the world, a true rival to the actor Rudolph Valentino.

According to legend, thousands of women have passed through Leonard’s arms, while others have pined for him with his photograph under their pillows. Audiences at his performances came to call him “The Prince of Opera”, but he was far from blue-blooded, as he had many financial problems.

He came from a father who was a mechanic, Constantin Nae, and his mother, Carolina Schäffer, who was a woman of Austrian origin who arrived in Galați as a governess to look after the children of famous ship owners. The latter died young, but not before instilling in Leonard a passion for the Viennese waltz and art in general.

The young artist steps on stage for the first time at the Moldavia Theatre in Buzău when he attends a school performance. His success was amazing, so his father enrolled him at the Otescu Institute, one of the best music schools in Bucharest.

Read:  The Gray Man, a challenge for filmmakers: what you didn't know about the famous scene filmed in Prague

Even at that age, the girls around him noticed him and sent him love notes. At 16, after finishing school, he joined Nicu Poenaru’s band. Being poor, all he could afford was a hostess in a suburban area of Bucharest.

In 1907, when he was only 19 years old, the artist was cast as Danilo in Franz Lehar’s “The Merry Widow”, a performance that took place at the Oteleșanu Garden. His success was resounding, with critics noting “the warmth of the young tenor’s voice, the magnetism of his gaze and above all his qualities as a dramatic artist bewitched the audience”.

Casanova of Romania was one of the most famous tenors

After this piece, Leonard became one of the most appreciated artists by the public, especially the female public. Thousands of illustrations were printed for women to have their picture taken with him. The tenor thus became a veritable idol of early 20th century women.

It was Dimitrie Gusti who advised the young Nae Leonard to perform his plays both on and off stage. Loved by women, envied by men, the tenor became the highest paid artist. John I. Dalles decides to send him to Paris for singing lessons.

After four decades of life, thousands of women had already passed through the tenor’s arms and he counted two failed marriages. After divorcing the daughter of the landowner Guriță, he falls hopelessly in love with Dora Steuermann, who becomes his third wife.

Read:  Bosch is investing in the future: how it wants to transform the transport industry

Because of his lifestyle, the artist’s health begins to fail. A smoker and coffee drinker, he begins to cough, but blames tobacco. He frequently developed a fever and collapsed on stage during a performance. After being examined by a doctor, the diagnosis is a harsh one: tuberculosis.

After his return to the country his last performance takes place. Plunged into poverty and illness, he retires to Câmpulung, unable to enter a sanatorium. This is also where he died one December evening in 1928, while looking out of the window and listening to “Countess Maritza”, aged just 42.

“December 24, 1928. Christmas Eve. Myrrh, frankincense and basil burned in the room where the fire glowed in the stove. Flakes were kissing the glass outside. The fairy-tale prince, who had sung 200 operas with his soul, without understudy, had intercoastal jitters, chills, sweated often, tired easily. In the white solitude of vespers, while the patephone chanted his voice with its aria from Countess Maritza, his soul was forever detached from his body,” notes Gaby Michailescu in Leonard, the Chocolate Soldier.

Today, a street in Bucharest bears the name of the great tenor, and so does the theatre in his hometown of Galați. In front of the “Nae Leonard” National Opera and Operetta Theatre there is a bust of the artist, a copy of the one made by the sculptor Oscar Han in 1929.

The first Avatar can still break records: what happened to the theatrical release

Mission Impossible director “kicks it up a notch”: new Tom Cruise stunt in the works