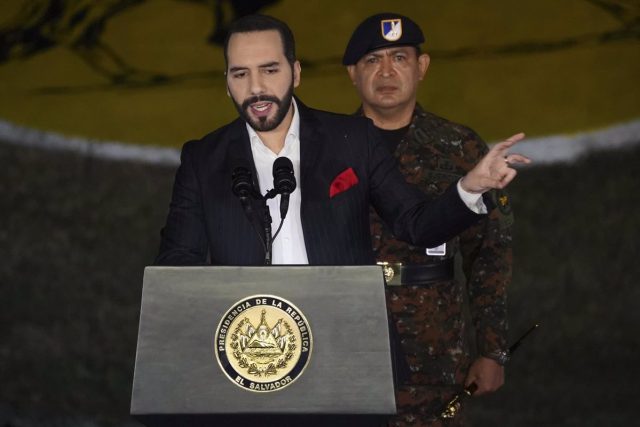 The president of El Salvador, Nayib Bukele, has accused NGOs, the media, political parties and “friendly” governments on Tuesday of being behind the “bloodshed” caused by the gangs, in the context of an increase in violence in the Central American country.

Through his account on the social network Twitter, the Salvadoran president has pointed out that “a consequence” of all those mentioned above “having come out to defend the gang members” is that “now the people will be clear about who has been behind the outpouring of blood from their relatives and friends”.

Read:  Polish Prime Minister regrets that the strength of the ruble shows that sanctions against Russia do not work

Bukele has attacked NGOs and human rights organizations on several occasions, especially since the imposition of the state of emergency in El Salvador as a result of the uptick in homicides, due to the criticism received for the heavy hand imposed to contain the violence.

El Salvador’s Constitution allows the Legislative Assembly to suspend constitutional rights in extreme circumstances, including the existence of “serious disturbances of public order.” The exception regime is valid for one month, extendable once more for the same period.

The measure suspends the rights to freedom of association and assembly and the privacy of communications, as well as several guarantees of due process, which has already generated criticism from human rights organizations.

Read:  At least 23 dead, most of them farmers, when a boat capsizes in central Sudan

Human Rights Watch (HRW) asked the Salvadoran government on Friday to adopt “measures respectful of Human Rights” to protect the population from the “appalling violence” of the gangs, since it believes that those recently approved “violate the basic guarantees of the due process and children’s rights.