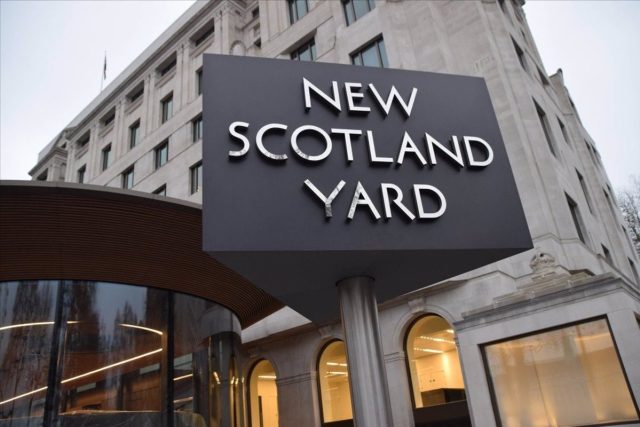 Scotland Yard has asked this Friday Sue Gray, permanent undersecretary of Boris Johnson’s Cabinet Office and in charge of the internal investigation into the parties allegedly organized in Downing Street during the pandemic, to make “minimal references” to said events in the publication of his document while the Police continue with the investigation.

Thus, the entity has requested that it be precisely the issues it is investigating that are removed from the report, at least for now, in the midst of a wave of criticism against Prime Minister Boris Johnson, who could end up facing a motion of censure.

“For those events that are being investigated by the London Metropolitan Police we have asked that minimal references be made in the internal Cabinet document,” police said in a statement.

However, he has clarified that the Police have not asked that other issues be limited or that the publication of the report “be delayed” but those issues that could “harm the investigation” of the agents.

Members of the Government are still waiting for the so-called ‘Gray report’ on the Number 10 festivities, although the British ‘premier’ said on Thursday that “in no way” is he delaying the publication of the report. In addition, he has promised that once it is finished it will be published in its entirety.

However, the report seems to be delayed. A high official has indicated that “we will have to ask Gray” the reasons for the delay since it is “she who decides.” “She is assessing the situation and speaking with lawyers and members of the Police about what issues can be revealed,” she clarified, according to information from the newspaper ‘The Guardian’.

Read:  Boric sets salary caps and establishes a restriction on the hiring of relatives in La Moneda

Downing Street has not yet received the document, while tensions are growing in the UK in case the Government decides not to publish it in full. Johnson was not explicit on this point on Wednesday, questioned about the matter by the leader of the opposition, Keir Starmer.

Thus, the president has been under intense pressure for days due to information that points to the celebration of several parties in Downing Street during the hardest moments of the pandemic while insisting on not resigning.