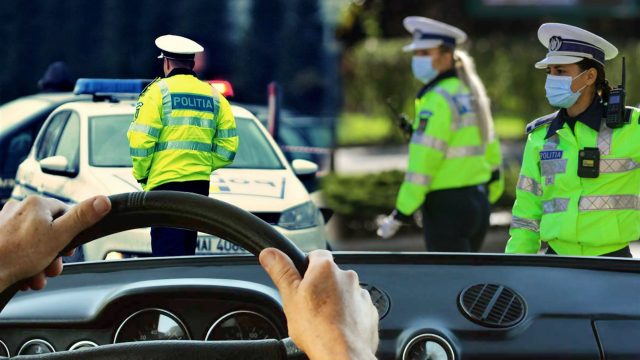 After months of rumors and speculations about the changes suffered by drivers in Romania, the Road Code 2022 was voted. The penalties are harsh, and seemingly trivial traffic gestures will be fined.

Traffic aggression leads to easily preventable road accidents. For this very reason, the new Traffic Code includes harsh penalties for harassment in traffic, aggressive driving or unwarranted flashes. Not infrequently, these gestures will lead to the suspension of the driving license and, implicitly, of the right to drive on public roads. However, the list of changes adopted this week is even longer.

The government amended the Romanian Road Code by an ordinance. The focus is on discouraging aggressive driving, targeting traffic abuses and endangering traffic safety. For this purpose, not only the amount of the fines has been changed, but also the period for which you will be left without a driving license.

Basically, in the case of drivers who adopt an aggressive behavior when driving vehicles on public roads, a fine provided in the fourth class of sanctions is proposed, which can be between 1,305 and 2,900 lei. Drivers who drive unjustifiably with their vehicle on the emergency lanes on highways will be penalized more than that, the proposal aimed at increasing the amount of fines from 580 – 725 lei, as it is currently, to 1,305 – 2,900 lei.

Last but not least, your right to drive can be suspended for up to 120 days if you go back on the highway, if you go in the opposite direction or in the middle areas, the connections between the lanes. You will remain a pedestrian for no less than four months if you exceed the legal speed limit by 70 km / h. Drivers who do not drive civilly, abuse flashes, slalom among cars or harassment in traffic would be fined even 2,900 lei.

The complete list of changes in the Road Code 2022 can be consulted below, according to avocatnet.ro. The original text of the ordinance can be found here. It is important to note that these legislative changes take effect 30 days after their publication in the Official Gazette:

Read:  Top 10 best movies on Netflix this week: what to watch this weekend

1. Sanctioning aggressive behavior. Among other things, aggressive traffic behavior will be considered frequent and forceful change of lanes, in order to overtake a car or a row of vehicles, turning the car by using the auxiliary brake (or handbrake, as it is known). , excessive use of the horn or light signals (flashes), riding a wheel, in the case of motorcycles, etc. In the case of aggressive traffic behavior, the Government project establishes fines from the second class of sanctions (four or five penalty points), respectively between 580 and 725 lei. In its initial form, the project established for the same violation fines from the fourth class of sanctions (from nine to 20 fine points), respectively between 1,305 and 2,900 lei.

2. Additional penalty for returning to the highway or going in the opposite direction. Now, those who turn the car on the highway or go in the opposite direction risk only the fine (fines from the fourth class of sanctions – 1,305 and 2,900 lei). Once the measures in the draft ordinance are applied, these drivers will also receive the additional sanction of suspension of the right to drive for 120 days.

3. Driving on the emergency lane of the highway, punished more severely. Drivers who are accustomed to going on the emergency lane, for various reasons, will risk higher fines, respectively between 1,305 and 2,900 lei, compared to 580 – 725 lei, which are the fines now. In addition, the additional penalty sanction on penalty points (three penalty points) will be replaced by the suspension of the driving license for 90 days.

5. Irregular overruns, punished more severely. The project aims to increase the penalties for non-compliance with the rules regarding the overtaking maneuver from 580 – 725 lei, which is now the fine, to 870 – 1,160 lei, and the period of suspension of the driving license is increased from 30 to 60 of days.

6. It is forbidden to drive a car for those with a foreign license who seriously violate traffic rules. The project regulates, in addition to all the above, the ban on driving a vehicle on public roads in Romania, following the criminal conviction for committing road traffic offenses in Romania, for the holder of a driving license issued by a foreign authority.

8. The identification data of the driver to be transmitted to the police by the owner of the car are established. Specifically, if it is not the owner of a car who violated the traffic laws, but another person, the first will have to provide the authorities with his name, surname, personal number code, domicile or residence, number and series of identity card.

9. The possibility of overlapping the suspension periods of the driving license will be eliminated. In addition, it will be possible to take the traffic test, which reduces the period of suspension, for any traffic police service.

10. If I do not apply the parking brake or do not leave the car “in speed” when parking it, drivers should receive penalty points. Specifically, the project stipulates that the driver of a car parked on a public road will have to make sure, when leaving it, that he applied the auxiliary brake, stopped the engine and engaged a gear, otherwise he risks being penalized. .