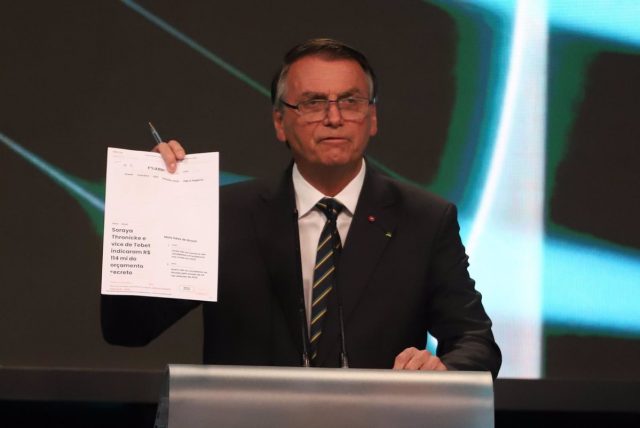 The Court of Justice of Sao Paulo has suspended a fine of 43,600 reais (about 8,600 euros) placed on the president of Brazil, Jair Bolsonaro, for not wearing a mask at different events in the Brazilian cities of Iporanga and Eldorado in August 2021.

The letter of the magistrate in charge of the case eliminates the registration of the president as a debtor, although it states that in case of non-compliance he must pay a daily fine “until the sentence is issued in the case” or this preliminary decision is revoked, according to the portal ‘UOL’.

Read:  Ukraine denounces more than 15,000 missing and more than 20 hospitals destroyed during the Russian invasion

In this sense, the judge has taken as valid the arguments provided by Bolsonaro’s defense that, in his opinion, could cast doubt on the act of infringement regarding its legality.

That same year, Bolsonaro’s government was also fined for moral damage to the women’s collective with five million reais (about 850,000 euros) for a series of statements made by the president himself, as well as by the Brazilian Minister of Women, Family and Human Rights, Damares Alves; and his counterpart in the area of Economy, Paulo Guedes.

In addition, it was imposed the obligation to invest ten million reais (around 1.7 million euros) in campaigns to raise awareness and against violence, harassment and inequality against women.