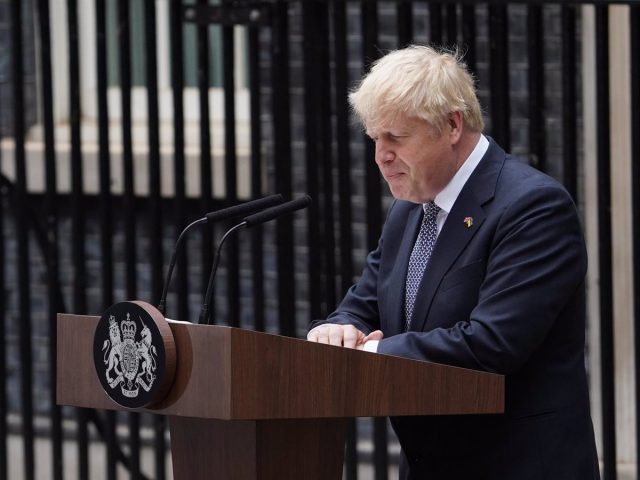 The Prime Minister of the United Kingdom, Boris Johnson, and his wife, Carrie Symonds, will not celebrate in the official residence of Chequers the wedding party that they had supposedly prepared for July, after the opposition has suggested that the ‘premier’ wanted to remain in Downing Street at all costs to continue enjoying these facilities.

Johnson announced Thursday his resignation as leader of the Conservative Party, but will remain as prime minister until the ‘Tories’ choose his replacement. His intention is to remain in office until September and even October, so until then he will remain prime minister for all purposes, including access to official premises.

Read:  About 50 people rescued in a boat south of the Italian island of Lampedusa

After the resignation, the preparations for a celebration at the Chequers country residence came to light, which, according to sources quoted by the ‘Daily Mirror’, were among the reasons for Johnson to delay his departure. The ‘number two’ of the Labor Party, Angela Rayner, affirmed that the prime minister wanted to stay on pending “a party at Chequers” with which to celebrate his recent wedding.

However, Downing Street sources have assured the BBC that “nothing was 100% signed”, implying that Chequers was not yet closed, and that in any case the party will take place in another location.

Johnson’s office had already advanced that the prime minister and his wife would celebrate this summer with family and friends the union formalized in 2021, in a private ceremony at Westminster Cathedral.