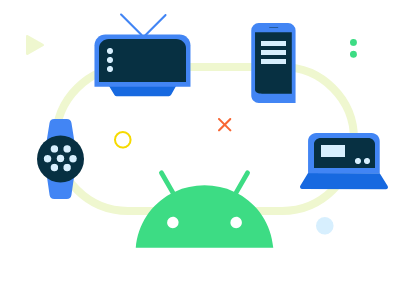 Google announces a new developer-preview version of a kit for cross-device software development, allowing Android developers to create apps that can run on multiple types of devices. For now, it’s all about Android tablets and phones, but other categories, such as smartwatches, could be included.

Google has already paved the way for an Android ecosystem where users can switch between devices by launching Nearby Share, a feature that allows file transfers between Chromebook laptops and other Android devices. The new SDK ensures that your favorite app will work on whichever device you use, allowing you to pick up where you left off.

Read:  That's why Samsung is giving up the "Z" in Galaxy Fold and Flip

The new SDK is actually a complete set of tools made available to Android app developers, making it easy to develop and test apps for proper operation on all supported devices. For example, an app created in this way will be able to use the same code base for any device, greatly reducing the effort with maintenance and applying updates.

According to Google, the goal is to simplify the way developers build user experiences across a variety of platforms, eliminating the issues of device discovery, authentication, and login protocols. The SDK relies on Bluetooth, Wi-Fi and UWB to manage connectivity with multiple devices. It is also possible with this kit to develop apps that work on slightly older generation devices equipped with at least Android 8.

In a practical example where the new SDK would show its advantages, you could rent or buy a movie from your smartphone and use the Smart TV version of that app to watch it, or vice versa.

For now, the SDK is only compatible with Android phones and tablets, but Google promises to expand the experience on more devices to “Android surfaces and non-Android operating systems” such as watches, TVs, and cars in the future.