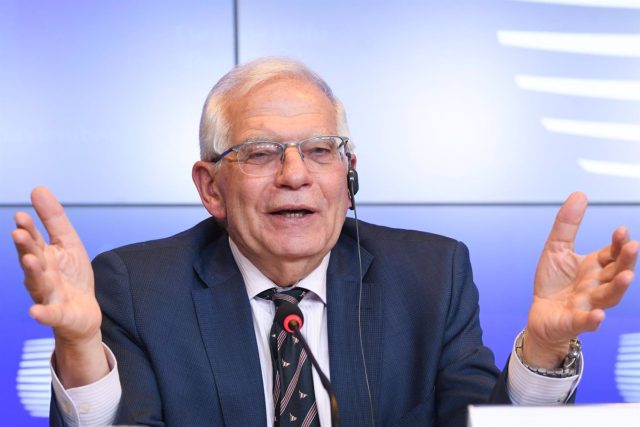 The High Representative of the EU for Foreign Policy, Josep Borrell, assured this Friday that European diplomacy has managed to unblock the negotiations to save the Iranian nuclear agreement, with which the United States returns to the agreement and Iran commits to its full compliance.

In declarations before the meeting of foreign ministers of the G7, Borrell has pointed out that the mission to Teheran of the EU coordinator for the negotiations on reactivating the nuclear agreement, Enrique Mora, has been “beneficial”.

“It has gone better than expected. The negotiations were stuck and now they have been reopened,” assured the High Representative, adding that the Spanish diplomat has transferred to Tehran that the negotiations could not continue to be blocked and that, given this, the response of the Iranian authorities has been “sufficiently positive to believe that they are going to relaunch work with the parties”.

In the opinion of the head of Foreign Affairs of the EU, the negotiations are not carried out overnight, so he does not expect an immediate final result, but he has made it clear that the EU has managed to “unblock” them.

Read:  Russia extends two-week anti-terrorism alert in Kursk and Belgorod, on the border with Ukraine

“This means that there is a prospect of reaching a final agreement,” he indicated about a process of talks open within the joint commission of the nuclear agreement in the spring of 2021 to get the return of the United States.

During this time, progress has been made, despite the fact that the talks were stopped for months due to the change of government in Tehran, and, already in the final stretch, they have been hampered by the Iranian request that Washington withdraw the Revolutionary Guard, the ideological wing of the Iranian Armed Forces, from its list of terrorist organizations.

Thus, Mora’s trip to Iran was perceived as the “last bullet” to unblock the situation and clarify one of the issues that separate the parties from a final agreement.

After the departure of the United States during Donald Trump’s time in the White House, Iran has progressively disassociated itself from its commitments to the agreement and reactivated its uranium enrichment operations at levels of concern to the international community.

Read:  Iran denies any link to attack on Rushdie, accuses him of "insulting" Islam

INCIDENT AT THE AIRPORT

Precisely Mora’s trip has jumped to the front pages this Friday after he has denounced that he has been detained at the Frankfurt airport, in Germany, on his return from his visit to Tehran.

The European diplomat has denounced that together with two other colleagues he has been detained without explanation by the German Police, in an incident that has finally been resolved without further complication and with the European delegation back in Brussels.

This has been pointed out by Borrell when asked about the mishap suffered by his number ‘two’. “He is back and the issue has been resolved. He finally took the plane and is traveling according to his program,” he confirmed, to emphasize that the important thing is that the result of the mission to Iran is positive.