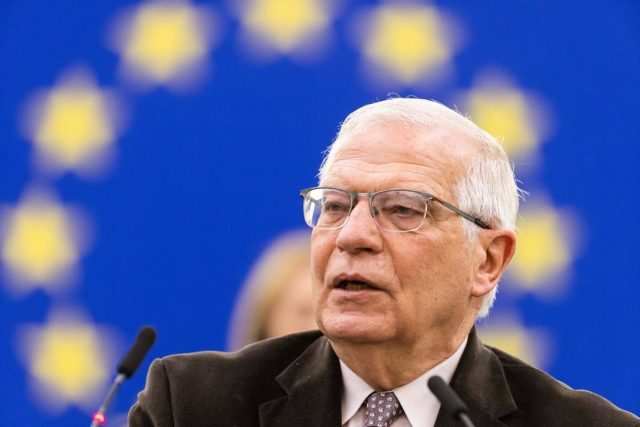 The High Representative of the European Union for Foreign Policy, Josep Borrell, has advanced that the bloc’s foreign ministers will begin the debate on new sanctions on Russian gas and oil at the Foreign Affairs Council next Monday.

While the fifth round of European sanctions for the Russian invasion is closed at the level of ambassadors to the EU, which includes the veto on Russian coal but leaves out gas and oil, Borrell has assured that this measure will have to be adopted “before or later”.

“Sooner or later, I hope sooner, this will happen,” said the head of European diplomacy before participating in the NATO ministerial. These statements follow the line set by the president of the European Council, Charles Michel, who said in the European Parliament that sanctions on oil and gas “will be necessary sooner or later.”

It would be the sanction that would have the greatest impact on the Russian economy, however any measure that goes further will have to overcome the reluctance of several European partners, after Germany and Austria have refused to immediately cut off Russian gas and Hungary has threatened to veto any energy embargo.

Meanwhile, the Twenty-seven calibrate the new package of sanctions that, in addition to the veto on Russian coal imports, establishes the closure of ports to Russian ships and new restrictions on the Russian banking sector.

Meeting at the level of ambassadors, the countries of the block finalize the technical details of the package for its approval that will probably arrive on Friday morning.

Read:  Kuleba calls Putin's words about Odessa "empty": "He is the same one who said he was not going to attack Ukraine"

Diplomatic sources explain to Europa Press that the coal embargo raises consensus among the member states. However, before the debate on Monday, it remains to be seen if Germany and Austria modulate their position, with Hungary at the center of the debate as the main opponent, after it has made it clear that it will reject extending the veto on gas and oil, alleging its national interests.

Brussels defends that the coal embargo will have an impact of 4,000 million euros a year for the Russian coffers, although the blow is relatively small compared to the income from gas and oil that represents some 800 million a day for Moscow.