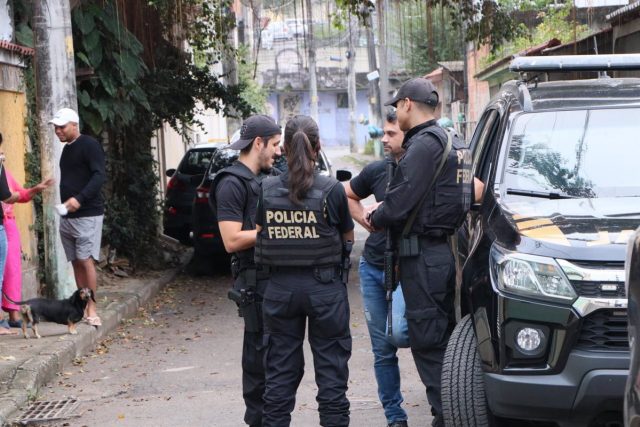 A municipal police officer sympathetic to Brazilian President Jair Bolsonaro has burst into the birthday party of another agent sympathetic to the Workers’ Party (PT) and shot him dead. The assailant himself died after being shot by the victim.

The deceased is Marcelo Arruda, who was a candidate for deputy mayor for the PT in 2020, according to the Brazilian newspaper ‘O Globo’, which publishes a video of the security camera that captures the moment of the attack.

The assailant, Jorge José da Rocha Guaranho, burst on Saturday night into the party room where Arruda’s 50th birthday was being celebrated, themed after former president Luiz Inácio Lula da Silva’s PT, and shot at the honoree. Arruda himself fatally opened fire on the assailant from the ground.

Read:  Israeli seriously injured after being stabbed in Bnei Brak, on the outskirts of Tel Aviv

“He has destroyed my family, people’s lives,” the PT militant’s wife has rerpounded. “He shouted that he was going to kill all the petistas,” said one of the victim’s four sons, quoted by ‘O Globo’. Arruda, who was also treasurer of the PT in the town, leaves among his children a one-month-old baby.

The Civil Police of Paraná has confirmed the deaths due to “an argument at a birthday party”. The case is already in the hands of the Homicide Delegation “to clarify the motives of the crime”.

The police attestation records that witnesses have explained that the assailant arrived by car, got out of the vehicle, took out the gun, entered the premises, pointed it at the partygoers and shouted “Here is Bolsonaro!”, but then left.

He returned about 20 minutes later and then Arruda and his wife identified themselves as municipal police and civilian police, respectively, which did not stop Guaranho from firing two shots at Arruda, who shot back. Both were taken to a hospital, but eventually died.

After learning what happened, Lula has lamented “a tragic day for Brazil” and has pointed to “bolsonarista violence.” The PT has also condemned the attack by the “fascist criminal police” and highlighted the “heroic response” of Arruda, who “saved countless lives.” Bolsonaro has not commented.