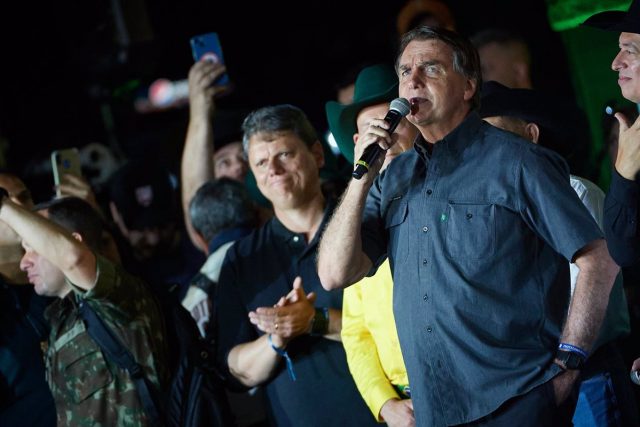 The president of Brazil, Jair Bolsonaro, has decided not to participate in any electoral debate, at least during the first round of the campaign and reevaluates his presence in the media, after this Sunday’s face-to-face with the rest of the candidates did not go as planned.

For the moment, Bolsonaro has absented himself from the event organized by the radio station Jovem Pan, Brazil’s main radio station, which he had planned to attend this Monday. His team has also decided to limit his interviews to podcasts with a large audience and little confrontation, according to the newspaper ‘O Globo’.

Read:  Ukraine says it "does not rule out" that Russia "is preparing" for "a Syrian scenario"

According to a survey elaborated by Datafolha, Bolsonaro was the worst rated among the undecided. The ultra-conservative president Bolsonaro comfortably leads the ranking of the worst-performing candidates, with 51 percent.

Although it was not the night of the main favorite of these elections either, former president Luiz Inácio Lula da Silva, Bolsonaro ended up skidding after launching macho attacks against journalist Vera Magalhães, when she asked him about the influence of misinformation in the fall of vaccination rates against the coronavirus.

The rudeness launched against Magalhães meant her worst moment in a debate that started as expected, accusing Lula of leading governments of corrupt and kleptocrats. The Workers’ Party (PT) candidate did not have the brilliance of other occasions and the confrontation between the two fell short of expectations.

Read:  U.S. proves that Russia has already decided the results of referendums in eastern Ukraine