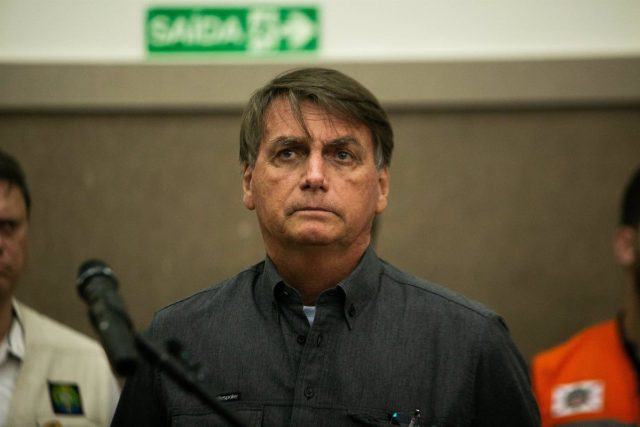 The president of Brazil, Jair Bolsonaro, has gone this Wednesday to one of the strongholds of the Workers’ Party (PT) to alert his citizens that they will “pay” him if they vote for those “scoundrels” on the left in the next elections .

“Do you remember? It was stealing all the time. What do we want for Brazil but the right thing? Do you want to put a meek person there? Put him there. Who is going to pay for it? You,” Bolsonaro said as he passed this Wednesday for several municipalities of Rio Grande do Norte, one of the regions with the least popular support.

“There are people who are nostalgic for those scoundrels! Not only the people of the northeast suffer from it, the whole world suffers from it in Brazil because of those scoundrels. The numbers are there, I’m not attacking or criticizing anyone, I’m just showing it” , Bolsonaro said during his speech in Jucurutu, how far he has traveled on the occasion of the works of a dam.

Bolsonaro’s attacks on the left come shortly after the latest voting intention poll was revealed in which former president Luiz Inácio Lula da Silva continues to be the preferred option of Brazilians for the elections in October this year, with 45 percent of the support compared to the 23 percent that the still head of state would obtain.

“We have completed three years without corruption. Do you remember that red period in Brazil, the televisions showing pipes from which money came out. Do you remember? Do you want to go back to that?” Asked Bolsonaro, who acknowledges that “no one” he can ensure that cases of corruption do not appear, but in his “house” he “fights so that it does not happen”.

Read:  A Taliban delegation meets with representatives of the EU and the Persian Gulf in Qatar

“Yesterday’s thieves want to return for the October elections and we show what they did, we don’t criticize, we show the data,” insisted Bolsonaro, for whom the left “has no respect” for anyone.

“They don’t respect anything, they don’t respect anyone’s religion. They live for power, in general they are incompetent, people who have not studied, they are there involved in attending the game. What is the future that remains for us if all those people return to the power one day? None”, he riveted.