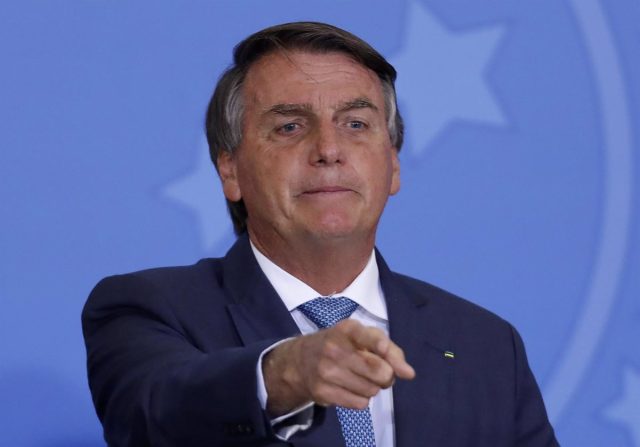 The Brazilian president, Jair Bolsonaro, has assured this Friday that Brazil “is an example” in the world of environmental preservation, and has praised the generation of renewable energy from the national Itaipú binational hydroelectric plant, after meeting on the border with Paraguay with his Paraguayan counterpart, Mario Abdo Benítez.

“Brazil is an example for the world in the preservation of the environment. Two thirds of our territory is preserved and we have the second largest proportional energy matrix,” said the Brazilian president after visiting with Abdo Benítez the works on the Integration Bridge , which will unite two cities from both countries, according to the Uol chain.

Likewise, Bolsonaro has argued that Brazil has “a vast journey ahead” in relation to the development of wind and solar energy in the country, technologies that, according to the Brazilian president, are “increasingly present” in the environment.

The Brazilian president has also praised the binational Itaipu for being “an example” to the world for the generation of energy from renewable sources, according to the Brazilian newspaper ‘OPovo’.

Despite Bolsonaro’s statements, last May the French government warned that the agreement being negotiated by the EU and Mercosur – a Latin American common market to which Brazil belongs – did not offer “sufficient guarantees” in terms of of the environment, such as compliance with the Paris Agreements against climate change.

Read:  At least six killed in attack in southern Mali, near the capital

More recently, the European Commission and the EU External Action Service have asked Brazil for a greater commitment from the Mercosur countries against deforestation in the Amazon and other sustainable objectives.