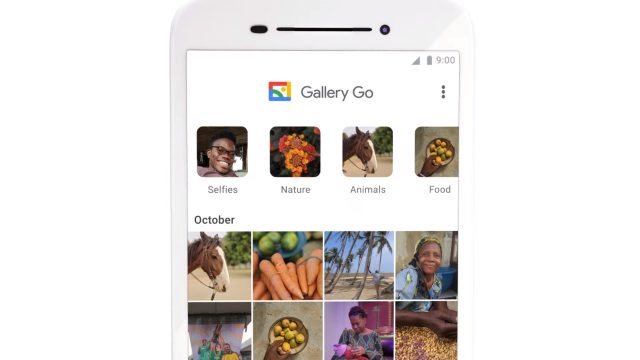 The “Go” collection of applications has emerged as an alternative to the official solutions delivered for some of the most popular Android applications: Maps, YouTube, Gmail, Gboard, Play Store, Chrome, Assistant and, of course, the Google Go application. Meanwhile, Android Go phones have proven to be rather scary for cheap Android phone enthusiasts, who have quickly realized that they can get something better with very little extra money. This is how the Android Go ecosystem was born and died almost unnoticed, the buyers of these devices discovering that they can not rely on applications other than those included in this “exclusive” category. In addition, the motivation for application developers was not very high either, since they targeted a category of users who were too reluctant to spend on related services.

Read:  Microsoft announces Office transformation to Microsoft 365, will offer new versions only on a subscription basis

Returning to the Gallery Go application, it would have gathered from 2019 and so far about 100,000,000 installations, including from users of older Android phones, just looking to extend the life of the device used a little more.

Similarly, Files Go has become Files by Google since 2018. We can only assume that once released from the label of a budget solution, the Gallery application will “grow” to further enhance the power of next-generation phones. recent, possibly becoming a potential rival to Google Photos.

Willy Rock - December 1, 2022 0
Dear readers, as the year comes to a close, we think it will be insightful to help you prepare for the year ahead. The...