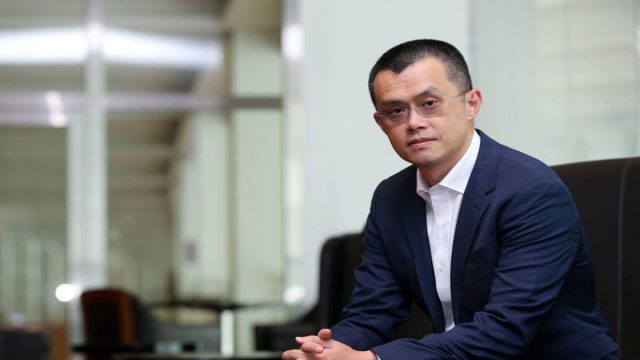 CZ made his comments in an interview with Carl Quintanilla , co-host of the show “Squawk on the Street“of the American channel CNBC.

When Carl Quintanilla asked why $20K seems to be the support level for bitcoin, CZ replied:

“No one knows for sure, but the last peak in 2017 was about $20K, and it was below that for two years and was them above that. So, I think that’s probably one of the reasons why there’s a slight psychological barrier at that level.“

Carl Quintanilla then asked what the catalyst is for the next major move in bitcoin, and CZ replied:

“I don’t think anyone can predict very accurately, as no one really predicted NFT, DeFi, etc, which probably drove the last bull run. before that, in 2017, it was mostly ICOs. Six months before these things happen, very few people can predict it.

So for the next… there’s so many more applications in the space, I don’t know which one, but I think all of these things are moving in the positive direction. The regulatory landscape is checking out pretty well – most countries have adopted regulatory frameworks; they’re not banning… crypto-currencies. The macroeconomic situation…is driving the adoption of…crypto-currencies.“

Someone then asked CZ if the U.S. is in a recession, and why the crypto market might avoid entering a deeper crisis, and he replied:

As for the crypto industry’s view of the regulatory climate in the United States, here’s what CZ had to say:

“So, right now in the United States, it’s really interesting. We have multiple regulators fighting for jurisdiction over the industry, which is good in a way, but also causes other problems in different ways. It’s a bit of a blur, but in most other countries, that problem doesn’t exist. [Dans la plupart des autres pays, l’agence de régulation est assez claire, parfois [c’est] central banking.

Sometimes, [il s’agit] the securities market regulator. Sometimes it’s a brand new regulator. So, most regulators are trying to clarify the regulatory framework in their country, which is very positive… The U.S. is a little bit unique in that it’s a big country with multiple regulators, and now it’s not clear who controls that space.“