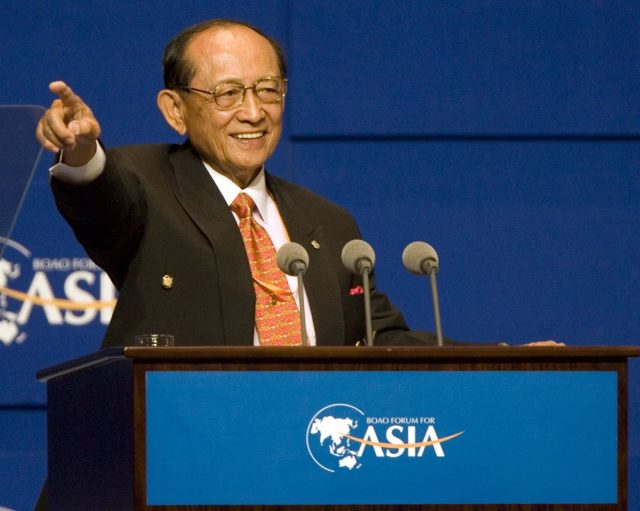 Former Philippine President Fidel Ramos, a key man in the overthrow of dictator Ferdinand Marcos in 1986 when he was police chief, died Sunday at the age of 94, according to public broadcaster PTV.

Ramos, a career military man, unknowingly started the People Power Revolution in 1986 when he was chief of the National Police and barricaded himself in the police headquarters in Manila and people protected the building to prevent a military attack after an appeal from a Catholic cardinal.

The encirclement sought to denounce the electoral fraud with which Marcos wanted to stay in power and brought about the fall of the dictatorial regime.

After the revolt, Ramos was Chief of Staff of the Army in the first pro-democracy government, led by Corazon Aquino, widow of oppositionist Benigno Aquino Jr. who was assassinated during the Marcos regime.

In 1992 Ramos won the first presidential elections held under the new democratic constitution, still in force, and is credited with the subsequent rapid economic growth, cut short by the 1997 Southeast Asian economic crisis.

Ramos was born on March 18, 1928 in Lingayén, in the province of Pangasinan, north of the capital. He was the son of diplomat Narciso and teacher Angela. He graduated from the U.S. officer’s school of West Point in 1950 and completed his education with studies in Civil Engineering, National Security and Business Administration, the Ramos Foundation pointed out.

He entered the Army and served in reconnaissance and special forces missions. He rose through the ranks until he was appointed chief of the Philippine Constabulary in 1972. Three years later, he was also appointed director general of the National Police.

He was the first Protestant president of the Philippines, a majority Catholic country, signed a new military agreement with the United States after President Aquino in 1991 pushed for the expulsion of the U.S. Army from the country.

In 1996 Ramos achieved a peace agreement with the Moro National Liberation Front that ended 25 years of conflict and boosted economic relations with Indonesia, Malaysia and Brunei.

In 1997 Corazon Aquino Cardinal Jaime Sin succeeded with protests in preventing Ramos from reforming the Constitution so he could run for re-election.

Even after his term ended he remained influential and was one of the first to encourage then Davao Mayor Rodrigo Duterte to run in the 2016 presidential elections. He was Duterte’s special envoy to China but later distanced himself from the leader and said he was “hugely disappointed.”