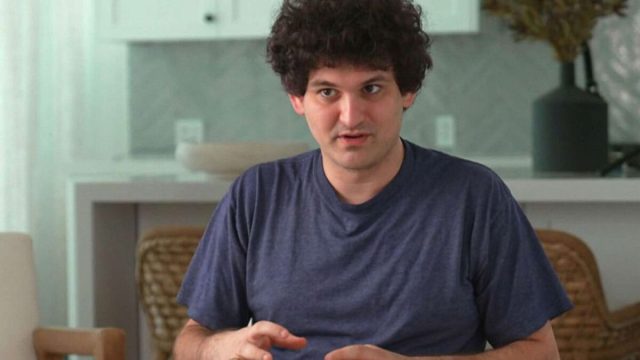 Former FTX CEO Sam Bankman-Fried (SBF) has been talking a lot since his stock market collapse a few weeks ago. He spoke at the New York Times Dealbook Summit, sat down with Good Morning America host George Stephanopoulos, and recently did an interview with New York Magazine.

In all of these interviews, SBF revealed very little, and crypto proponents feel that SBF is being portrayed as the “boy next door” who simply made a bad mistake, and people wonder why the FTX co-founder is being treated so delicately.

The crypto community believes that SBF’s media tour is simply to “clean up its image” and to portray him as the “boy next door” who made a mistake.

While Sam Bankman-Fried (SBF) spoke to New York Times contributor Andrew Ross Sorkin, Good Morning America’s George Stephanopoulos, and New York Magazine’s Jen Wieczner, the crypto community still has many unanswered questions. For example, in his conversation with Dealbook, SBF insisted that he “did not knowingly mix up the funds“. SBF apologized to a question from the audience when they asked why SBF decided to steal their savings. “I am deeply sorry about what happened“, said SBF. explained at the Dealbook event.

Watch Mainstream Media closely and you’ll see who’s been paid off to make sure that #SBF has a super clean image.

After all the SBF interviews, the crypto community didn’t seem satisfied with the former FTX executive’s answers, and people are wondering why it is treated as “the boy next door“. Posts on social media show that people are disappointed that SBF received a applause after the Dealbook event.

SBF: on Good Morning America: “I did not know that there is any improper, huh, use of customer funds.”

Better be seen as a clueless, ineffective CEO for the rest of your life than risking jail, amirite?

“A few months ago, a Bahamian man was sentenced to 2 years in prison for stealing $6 worth of hotdogs“a person tweeted. “SBF is a con man who has stolen billions of dollars from millions of customers in a historic fraud. He is currently touring the corporate media, receiving sympathy, praise, and applause.“

A man who stole $10B, @SBF_FTX just got interviewed, portrayed almost as a victim and got an applause at the end

Aaron Swartz, who downloaded academic journals to share with the world got $1m in fines and 35 yrs in prison. This lead him to take his own life

So far, SBF has blamed its misfortunes on “mislabeled accounting practices“, and about the fact that he does not know how to code. Although he stressed that he “did not knowingly mix up the funds“, people familiar with the case stated that SBF has “loaned billions of dollars in client assets to finance risky bets” using his quantitative trading firm Alameda Research.

Read:  Crypto-currency prices continue to fall, but these 3 altcoins are ones to watch in September

Other reports note that Alameda Research purchased a relatively unknown over-the-counter (OTC) desk “to handle FTX banking transactions“. In an interview with New York Magazine, SBF was asked what happened to the $10 billion in customer assets that appeared to have been lost.

It’s really true that SBF is doing media rounds to great applause. I thought the Hunger Games was implausible fiction. And yet here we are.

“We should have set up a much better accounting system“, said SBF. responded during her interview with Jen Wieczner. “We should have had much better controls in place“. He also detailed that accounting errors were made at one time “when FTX did not have bank accounts“. He noted that Alameda had a significant margin position, and a position that “was not going to be able to be closed in a liquid manner in order to meet its obligations.“

Alameda’s margin became huge in mid-2022, he says, and it went from a “somewhat risky position” to simply “a position that was far too large to be manageable during a liquidity crisis, and would seriously jeopardize the ability to deliver client funds.”

SBF on Good Morning America 12/1/2022 saying he knew funds were being transferred to Alameda pic.twitter.com/uePr8kqxE9

SBF claims that Alameda’s bad bets did not involve Terra’s LUNA, but they occurred around the same time. As for the bad accounting that took place, while FTX could not obtain a bank account, a large debt position misled the executive and the “actual position was billions of dollars larger than it appeared to be“.

Read:  Here is what Vitalik Buterin says about Solana's future

As with the NYT Dealbook, SBF stated that one of the problems was that Alameda was not under his control and that he had not managed the company for years. Often in interviews with SBF, he overlooks the fact that FTX, the FTT token and Alameda Research have only been around since 2019. Speaking with Wieczner, SBF said:

SBF told the Dealbook event audience that his firm realized things were bad on November 6, but the former FTX CEO did not explain what happened to the $333 million in working capital that disappeared between November 6 and November 7, 2022. SBF did not explain in detail why customers were repeatedly told that their assets would not be affected if they did not use margin positions, and why Alameda and FTX were so close, although SBF insisted that they were separate entities.

If there was any doubt that the @nytimes is handling #FTX and SBF with kid gloves, these screenshots should quash them. Mainstream media doesn’t care about the common person. It always has an agenda and at this moment, it’s to clean the image of the Fraudster#FTXScam pic.twitter.com/JmQFkZzSbC

To this day, many questions remain unanswered and people believe that the SBF media tour is a way to get information for clean up its image. It seems that apologizing again and again is not enough and the crypto community wants concrete answers from the now disgraced crypto-currency exchange leader. However, the community doesn’t believe that they will get such answers from SBF’s current media tour.

Watch Mainstream Media closely and you’ll see who’s been paid off to make sure that #SBF has a super clean image.