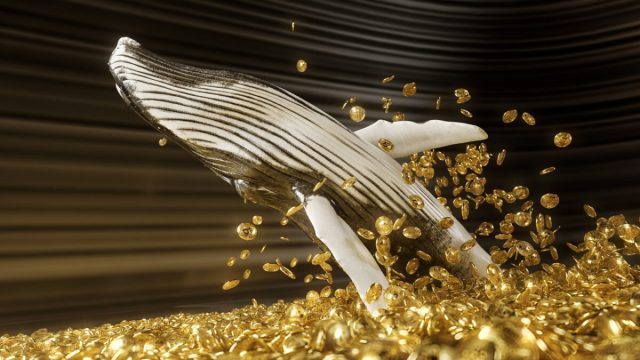 Meanwhile, two addresses created on December 19, 2013, sent 10,000 bitcoins worth $203 million to unknown wallets after sitting idle for nearly nine years. Onchain data shows that the 10,000 coins moved this week originally came from the Mt. Gox hack that occurred on June 19, 2011.

The 10,001 bitcoin transaction was detected by the blockchain parser btcparser.com a tool that often identifies “dormant bitcoins“that move around after sitting idle in addresses for years. Here are some of the dormant bitcoins spotted by BTC blockchain analyzers that were mined in 2011, 2010 and 2009.

Read:  Ethereum surpasses $2,000 and embarks on a bullish rally!

Onchain data shows that 10,000 bitcoins moved this week came from the Mt Gox breach in 2011.

Prior to June 19, 2011, the 134,897.01 BTC came from various batches sent by 14 different senders. The onchain analysis further shows that the bitcoins, whether the 10,000 BTC spent this week or the original 134K BTC probably belong to a single entity.

Transfers between June 2011 and today show no signs of an exchange, and the whale’s mega-cache of 134K BTC has been gradually depleted in fractions over the past 11 years. The 10,001 BTC spent this week appears to be the last of the stash from the original 1McUC address.

The 10,001 BTC is peculiar because the entity spent tens of thousands of bitcoins in batches between July 2011 and the end of 2013, but not a single penny of the 10,001 BTC was spent for nearly nine years. On Tuesday, the blockchain researcher and administrator of the Telegram channel “gfoundinsh*t“, Taisia, said the 10,000 bitcoins came from the 2011 Mt Gox hack.

“The visualization of the blockchain clearly shows that in each of the transaction chains associated with the two withdrawals, the same wallet (…) was used.1McUC) actually appears, which received a large amount (134K BTC) of Gox, just at the time of the events described“, said Taisia to Bitcoin.com News. “And, as we remember, the founders of the exchange BTC-E, which was later created, and later WEX was also suspected of the hacker attack that followed.“