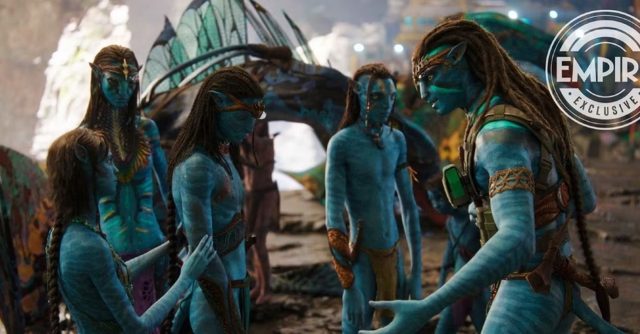 A new photo from Avatar: The Way of Water reveals the clearest look yet at Jake Sully and Neytiri’s four Na’vi children in the long-awaited sequel.

Released in 2009, James Cameron’s Avatar still remains the highest-grossing film of all time, despite the fact that enough years have passed since its official release.

The good news is that Worthington and Saldana are returning to the cast of Avatar: The Way of Water as Sully and Neytiri, respectively. Now the two are starting their own Na’vi family, and the action takes place a decade after the events of the first film. Stephen Lang, Giovanni Ribisi and Matt Gerald reprise their roles from Avatar, while Sigourney Weaver returns in a surprising new role. What’s more, the surprises don’t stop there: we’ll also see Kate Winslet, Cliff Curtis, Edie Falco, Michelle Yeoh, Jemaine Clement and Vin Diesel.

A new photo, belonging to Avatar: The Way of Water, has been revealed via Empire, introducing audiences to the next generation of Na’vi. The image shows us the Sully-Neytiri couple’s new family, which includes both biological and adopted children.

It’s been 13 years since Avatar was released in theaters and has captivated audiences with its innovative technique and beautiful story. Even so, it took more than a decade for the first sequel to appear.

As far as we know, in addition to these four biological children, the film will also feature Spider (played by Jack Champion), an orphaned human child who gets stranded in Pandora and is rescued and adopted by the main characters, Jake and Neytiri.

Read:  Ford has problems with certain models: why they are called for service

Even so, Avatar 2 won’t be without its conflicts, as you’ll also get some new villains, as well as some returning ones.

In case you can’t wait to see the new Avatar: The Way of Water, find out that it’s opening in theaters on December 6.