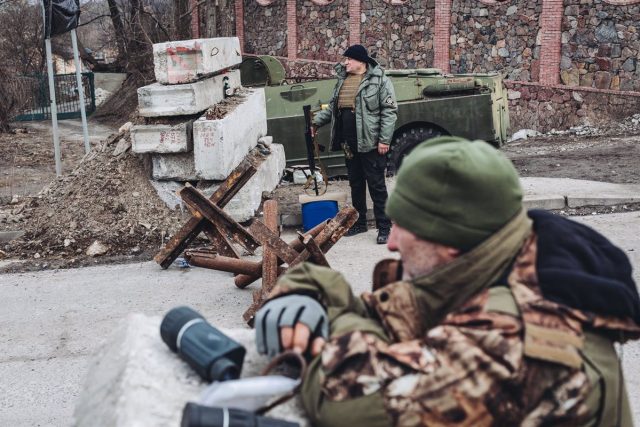 A Ukrainian checkpoint, March 6, 2022, (Ukraine). The ceasefire that was planned this Sunday in the Ukrainian town of Irpin to establish a humanitarian corridor has failed. The Russian army has bombed in the morning a pu – Diego Herrera – Europe Press

Australian Prime Minister Scott Morrison warned on Monday of a “prolonged” war in Ukraine because Moscow “has chosen the path of violence and seeks to overthrow the global order.”

“What we will certainly see in Ukraine is a protracted resurgence … I think any gains that are potentially made will be very difficult to sustain,” the Australian prime minister said.

Read:  Japan freezes the assets of 398 Russian citizens, including the daughters of President Vladimir Putin

“I think there has been an overestimation of Russia’s ability, and that has been done more broadly, and I think it has been done in Russia,” Morrison added, as reported by ‘The Sydney Morning Herald’.

He also warned that Australia faces its “most dangerous security environment in 80 years” since World War II, due to the Russian invasion of Ukraine.

The prime minister has called on China to use its influence with Russia and criticized the Asian giant’s “chilling silence” when it had more influence over Putin than other countries.

In his opinion, “no country will have a greater impact on the conclusion of this terrible war in Ukraine than China. As long as they have a bet on each side in this, I fear that the bloodshed will continue,” he said.

Scott Morrison announced last week that the country will send missiles to Ukraine as part of a “lethal and non-lethal” aid package worth 50 million dollars (about 44.6 million euros) before the invasion initiated by Russia on February 24th.