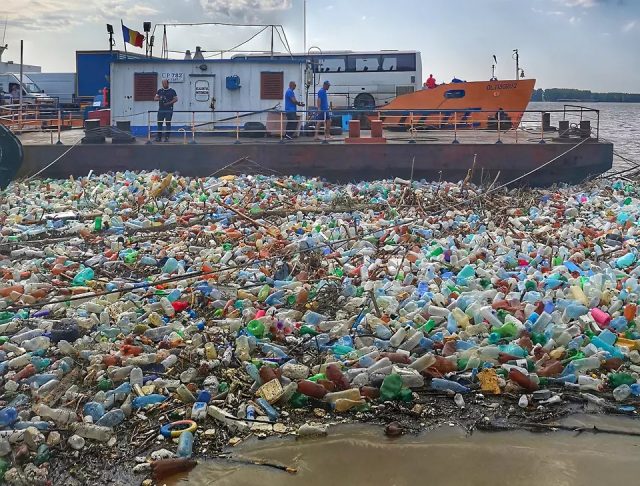 The Germans from Audi will start a process of collecting waste from the Danube, in Romania.

The Audi Environmental Foundation, together with the Ferry Porsche Foundation, BABOR Beauty Group and everwave will start this action on April 22, Economica notes.

The Ferry Porsche Foundation, the German cosmetics manufacturer BABOR Beauty Group, the Everwave startup and the Audi Environmental Foundation have announced the start of an action to clean up the Danube of waste on the Romanian sector of the river.

The companies will send the Everwave CollectiX garbage collection boat to Romania. The boat is equipped with a conveyor belt and smart sensors and will gather information about the quantity, type and composition of garbage in the Danube.

Then, long-term solutions and concepts for preventing the formation of landfills in the region will be developed. Everwave CollectiX will spend five weeks in Romania to collect plastic and other waste from the Danube and its tributaries.

“The second longest river in Europe travels from Germany to Romania where it flows into the Black Sea. The Danube is one of the most polluted watercourses on the European continent. This has a negative effect on the sea as well, as much of the waste reaches the oceans by flowing waterways, “said Audi officials, according to the same source.

Moreover, Rüdiger Recknagel, Director of the Audi Environmental Foundation, said: “Water is an essential resource. Our future will continue to be habitable only if we permanently and sustainably protect drinking water. Each of the four partners pursues its vision of making its own contribution to environmental protection. Thanks to our collaboration, we managed to double the operating time of the boat this year compared to the previous year. This shows that teamwork is the key to success. “

Audi is changing its strategy: what about two known models

As a reference, Audi will gradually abandon the production of its A1, Q2 models, as it focuses on vehicles with a higher margin.

Audi will eliminate two of its smallest vehicles, the A1 and Q2, as the carmaker focuses on more profitable and larger luxury vehicles.

The A1 hatchback and Q2 crossover will not be replaced at the end of their current life, Audi CEO Markus Duesmann told German business newspaper Handelsblatt.