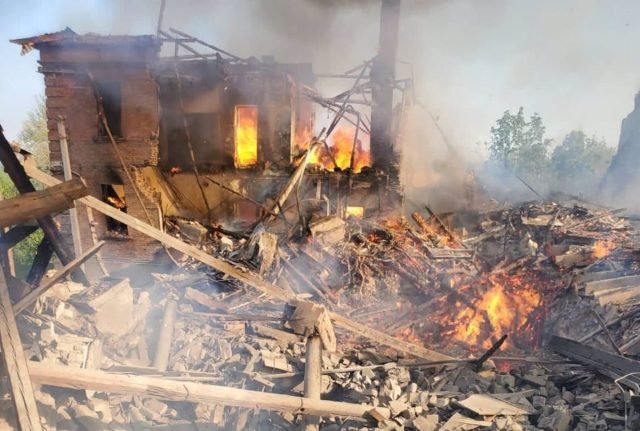 The Ukrainian authorities have denounced this Saturday the death of at least two people after an alleged Russian attack on a school in a town near the city of Bilohorivka, in the Lugansk region, in eastern Ukraine, in whose basement they were refugees. 90 people.

The State Emergency Service of Ukraine (SES) has reported that at the moment the rescuers have only found the bodies of two victims, although there could be more, as they have explained on their Telegram channel.

So far, 30 people have already been rescued from the rubble, as explained by the head of the Lugansk military administration, Sergey Gaidai, in statements to the Ukrainian agency Unian.

Read:  The United Kingdom announces the deployment of an anti-missile system in Poland and the dispatch of a hundred troops

“Today, Russian assassins ‘fought’ with unarmed civilians.
The racists dropped an air bomb on a school where almost the entire town was hiding. All those who did not have time to evacuate (…) There were about 90 people in the school,” Gaidai said.

A crew of firefighters has managed to put out the fire that had started in the school after the alleged Russian attack. The rescue operations will continue this Saturday, when it dawns, as reported by the SES.

On the other hand, at least two minors have died after the alleged Russian bombing in the eastern Ukrainian city of Privillia, as explained by Gaidai on a Telegram channel, which has detailed that the children were 11 and 14 years old.

Two other girls, ages 12 and 8; and a 69-year-old woman were injured in the same attack, he explained. Among the dead are at least two children, according to the head of the Lugansk military administration.