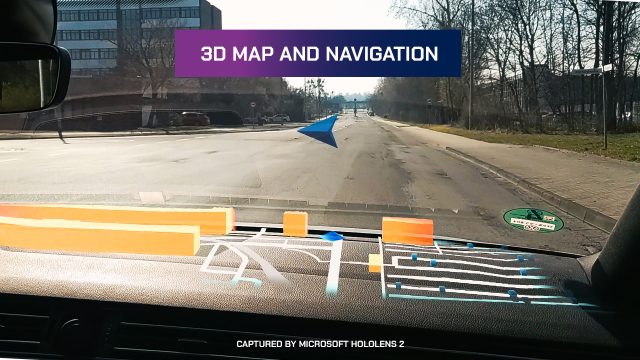 Volkswagen cars will be able to be configured with augmented reality systems based on HoloLens technology, which means that you will be able to follow the instructions of the navigation system played directly on the windshield, or on board, with or without a special helmet worn on the head.

The idea of ​​wearing an AR accessory that prevents you from seeing directly in front of you is probably not a good idea while driving. So we have to assume that the innovation prepared by Microsoft and Volkswagen engineers works either with the vehicle parked, or in a way that does not restrict visibility.

In fact, Microsoft has been talking for some time about a “mobile platform” dedicated to HoloLens 2, which would allow the use of this technology and possibly on the move, while driving the car. But until now, the reference seemed to be strictly to a new type of sensor that is not confused when the carrier is moving, returning erroneous measurements that prevent the correct fixing of the position in space. For example, the gyroscope sensor and accelerometer may return completely erroneous measurements if the device owner is in a moving vehicle. According to the explanation provided on the Microsoft blog, the augmented reality-based system tracks movement using a combination of video cameras and an inertial unit of measurement (which usually includes accelerometers and gyroscopes). But in a car, the measurements offered by these two sensors can conflict (the sensors detect movement, but the cameras observe a static environment). This problem would be solved by the research carried out together with the Volkswagen partner.

Microsoft doesn’t say exactly how the new HoloLens car system works, but it does show an illustration in which the directions of the GPS navigation system appear superimposed in 3D, appearing fused with the street landscape and even the car’s dashboard. The bad news is that the HoloLens accessory alone costs $ 3,500 if sold in bulk to companies and institutions (eg the US military). We can only assume that the future AR cockpit will be an extremely expensive optional equipment on future Volkswagen cars.