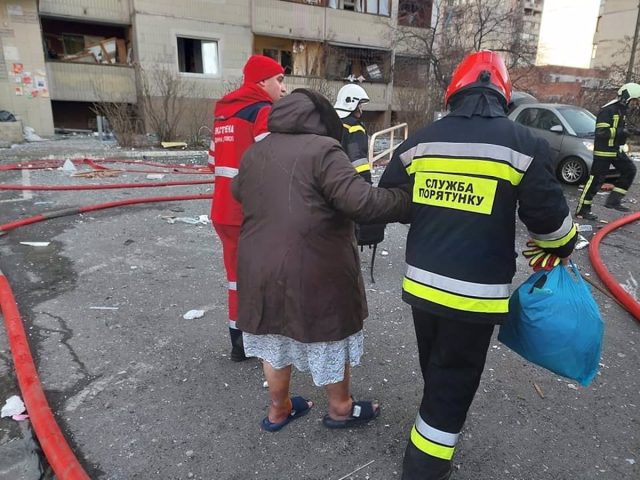 A woman is evacuated after a bombing in a residential area in the capital, kyiv – UKRAINIAN STATE EMERGENCY SERVICE

At least one dead and three injured after a bombing in a residential building in the Darnytskyi district, in the Ukrainian capital, kyiv, after alarms went off at dawn on Wednesday in different parts of the country.

“The nearest fire and rescue units immediately arrived at the scene. Upon arrival, the rescuers found that as a result of the remains of a missile, the structure was damaged and a fire was registered on the 16th floor,” they highlighted in a statement. on Facebook the emergency services.

The bombardment has left at least 30 people evacuated and 10 units have been deployed to carry out rescue work in the building.

Elsewhere in the country, Ruslan Serpeninov, the mayor of Sarni, a city in northwestern Ukraine, in the province of Rivne, has denounced missile attacks on the city on his official Facebook profile, although he has indicated that there are no victims. , according to the Ukrainian news agency Ukrinform.

In this area, an attack on the television tower left at least 19 dead, according to the regional governor, Vitali Koval. The attacks also hit an official building in the nearby town of Antopil.

On the other hand, several US satellite images released by Maxar Technologies, as collected by the US network CNN, show dozens of cities devastated by bombing in recent days. 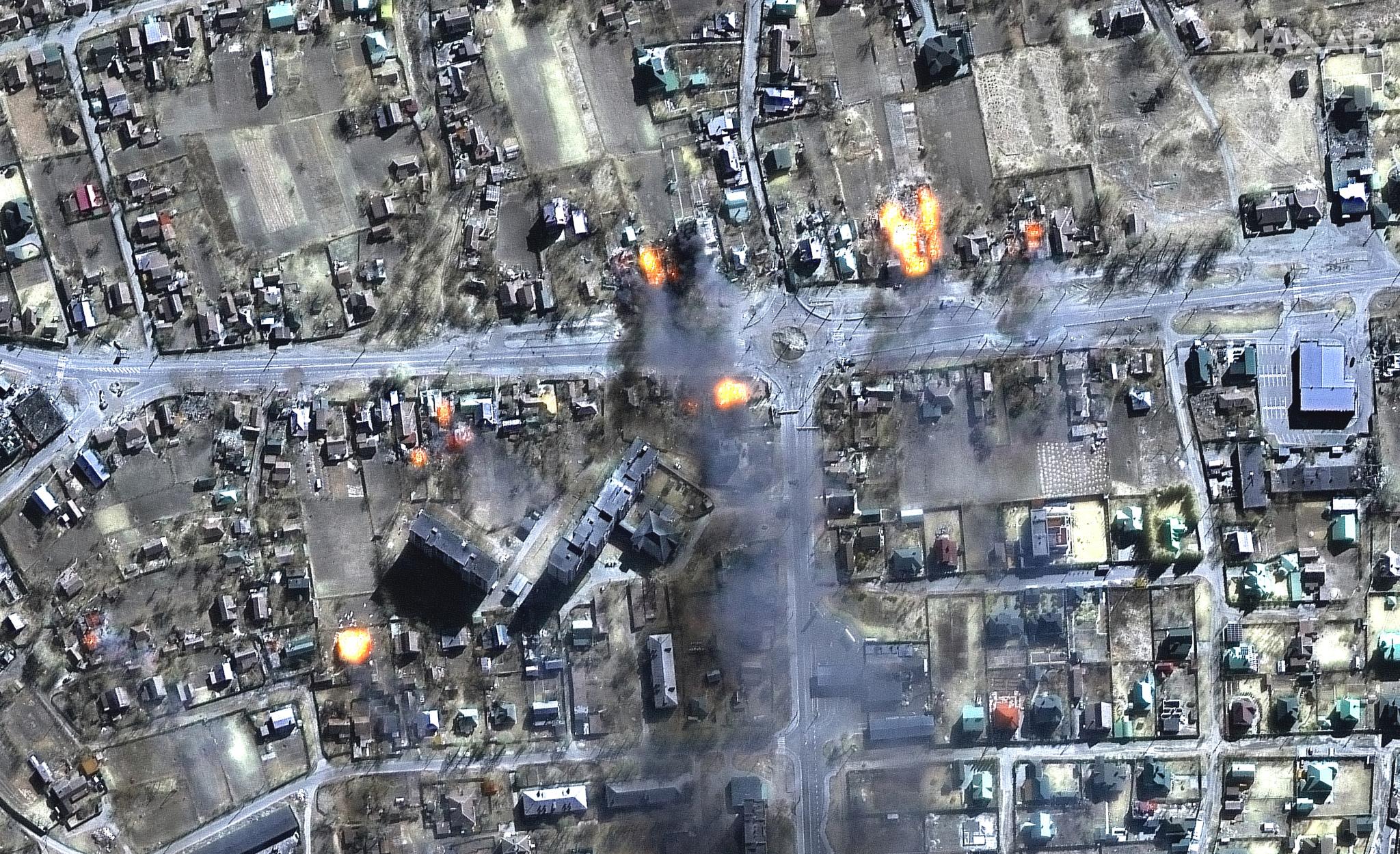 Read:  Colombia declares the hippopotamus as an invasive species

Specifically, Volnovakha, in southeastern Ukraine, about 55 kilometers north of Mariupol, has part of the roof of the train station perforated and the buildings to the northeast without roofs and with charred walls. Additionally, a church, an apartment complex, and a residential complex near a roundabout have sustained significant damage.

In Chernigov the picture is similar: several houses surrounding a burning roundabout; the city’s sports stadium with damage to the stands and a crater in the center of the field. In northeastern Ukraine, several houses near a large apartment complex are on fire in central Kharkiv and a field near the airfield is pockmarked with impact craters. 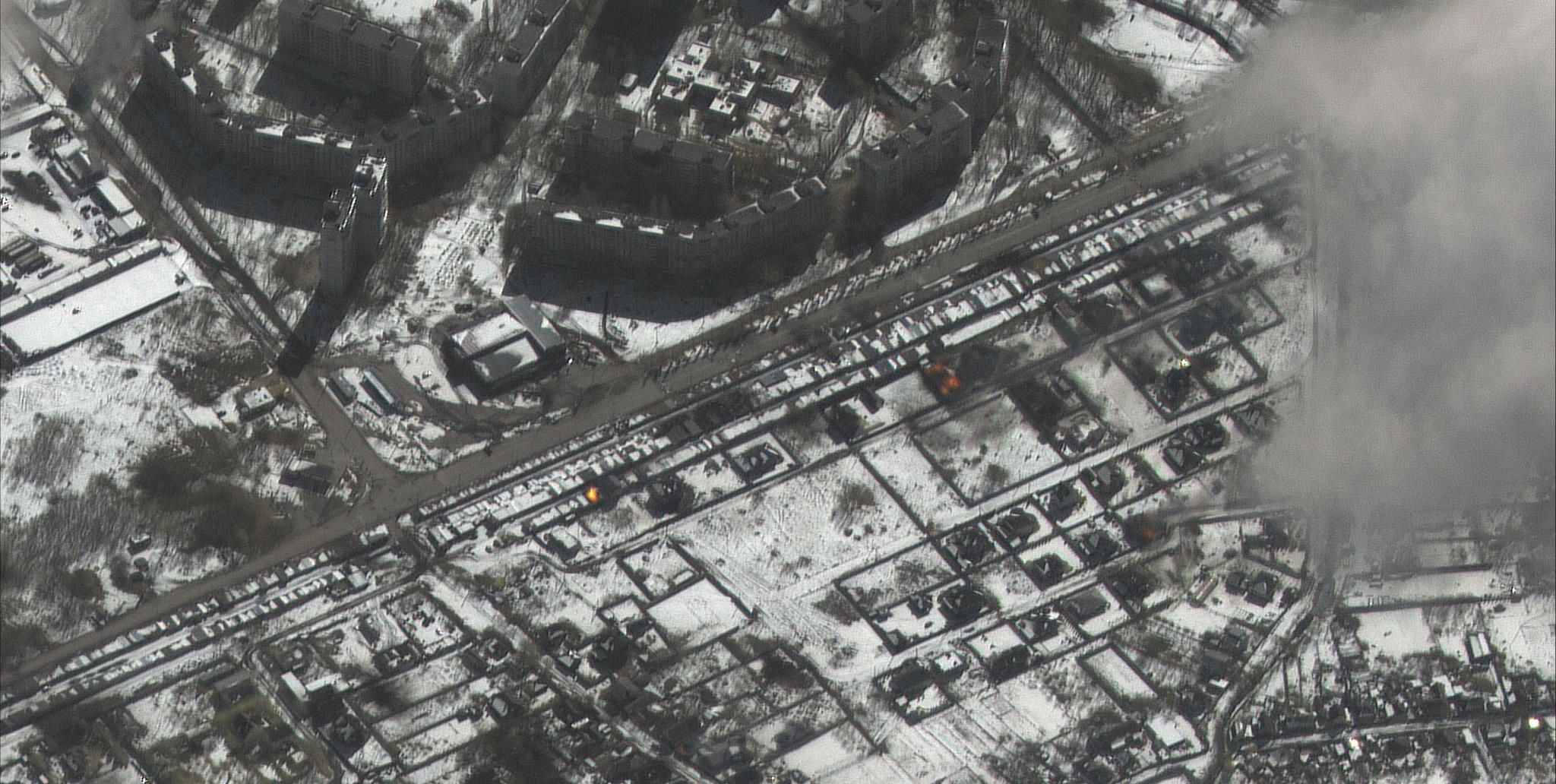 Fires and damage in a residential area in Kharkiv on March 16, 2022
Satellite image ©2022 Maxar Technologies