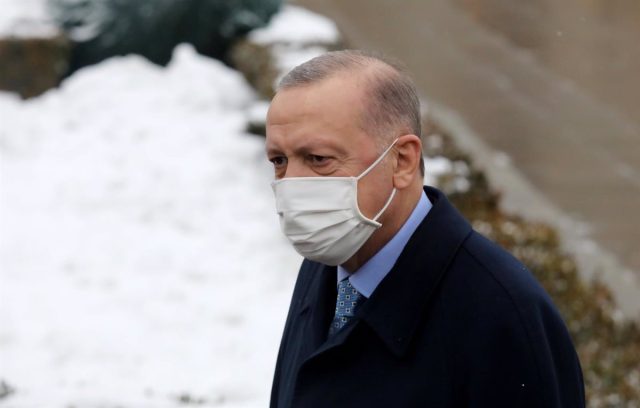 At least four people have been arrested in Turkey, accused of publishing “insulting” comments against the country’s president, Recep Tayyip Erdogan and his wife, Emine, after announcing his positive for coronavirus on Saturday.

In total, more than 30 social media accounts are being investigated for offensive comments, the official Turkish news agency Anatolia confirmed on Sunday.

The agency did not give details about the content of the messages but the newspaper ‘Daily Sabah’ points out that those investigated are Twitter users who would have indirectly wanted Erdogan’s death.

Among those investigated is former Turkish national swimmer Derya Büyükuncu. Sports Minister Mehmet Kasapoglu has warned that there would be “consequences” for the athlete.

Erdogan’s health condition is a recurring theme in Turkey. In July, a video of the president falling asleep during a speech helped fuel the rumors, and the spread in November of the #ölmüs (“deceased”) label in relation to the president led to the opening of some thirty cases.

The Police argued at the time that Erdogan had been insulted, his honor violated and his reputation damaged.

This Sunday, the president has updated the information on his state of health. Our doctor performed our routine exam this morning. “Thank God, there is nothing to worry about, today we also feel mild symptoms and continue our work,” he said on social media.