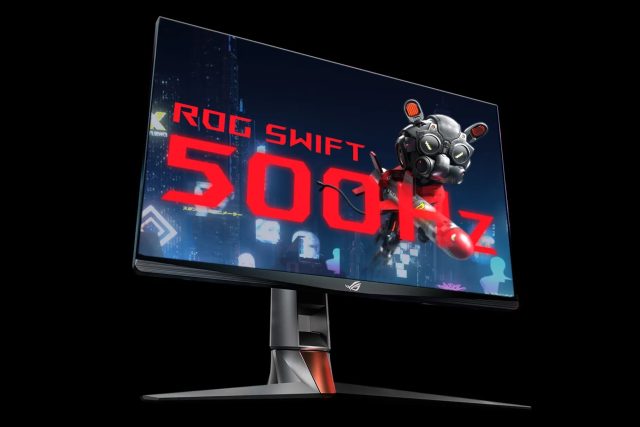 Phones and TVs have only recently received 120 Hz refresh rate screens, but in the PC gaming area, monitors have for 240 or even 360 Hz for many years, which allow for the smoothest gaming experience on the market. However, NVIDIA and ASUS believe that for an even greater competitive advantage, gamers will be able to benefit from faster screens, announcing at Computex the first monitor with an even higher refresh rate, the ROG Swift 500 Hz model.

ROG Swift 500 Hz is a monitor dedicated to competitive gamers

Of course, it is built to be used in competitive games such as Counter-Strike Global Offensive, Valorant or League of Legends, which can even be run by top gaming computers at framerates of 500 FPS to justify the high frequency of monitor.

Read:  What the edited messages on Twitter look like. Those hoping to hide the original message should think twice

In fact, the new ROG Swift 500 Hz model is not a very impressive monitor, otherwise. It has a 24 ”diagonal and 1080p resolution, standard features for the competitive gaming area for many years. The monitor is equipped with G-Sync technology, which integrates an eSports mode and provides vibrant colors to quickly identify the content on the screen. The panel used is a TN type, so we can not expect very natural colors, or too good viewing angles. The ROG Swift 500 Hz doesn’t have a release date or a fixed price yet, but it certainly won’t be cheap. Most likely it will not even be produced in many units, given that it is dedicated to a niche audience, willing to pay extra for a small competitive advantage anyway. In fact, there aren’t many gaming PCs that can achieve 500 FPS framerates in games, not even in eSports, which require the most powerful processors and graphics cards on the market for such performance. .

Perhaps the situation will change soon after the launch of the NVIDIA RTX 40 graphics cards, which are rumored to be able to double the current performance of the RTX 30.